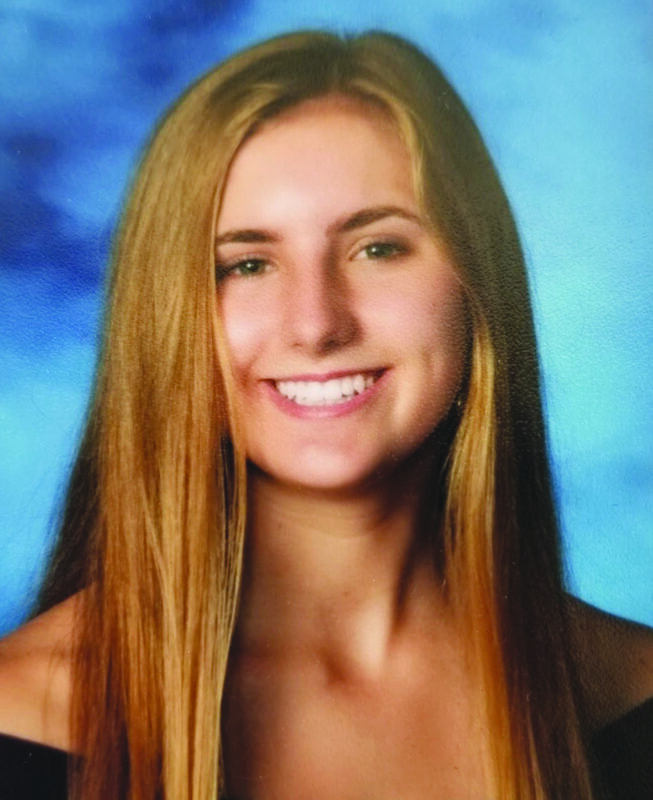 AVERILL PARK – This week’s Scholar Athlete is Francesca (Frankie) Morone. Frankie is a captain on the Varsity soccer team where she plays as central defender. Frankie also participates on the track and field team in the spring. Frankie began playing soccer 14 years ago when her parents signed her up for Averill Park’s recreational league. Frankie quickly grew to love the sport, and now plays travel soccer in the winter and spring outside of her school soccer season. Frankie’s favorite part about her sport is the team that she has the opportunity to play with. “I love my team so much and how it feels when we all achieve something together”. Frankie acknowledged that it can be difficult to keep oneself focused in soccer. Playing every day can make it very easy to grow tired or lose commitment, but Frankie and all of her teammates persevere through the challenge. This year, Frankie was proud to serve as a captain of her team and noted that the progress the team made from the beginning of the season was noticeable. In the spring, Frankie ensures that she takes care of herself so she is in proper condition to play two sports in the same season.

In addition to her athletic success, Frankie excels academically. Frankie has a 99.43 GPA, and is currently enrolled in New Visions STEM. To balance school and sports, Frankie uses her homework to set a schedule for what she needs to do, and talks to her friends about school to ensure she is on track. Frankie is a member of the National Honor Society, and enjoys spending lots of time with the treble choir.

Frankie’s siblings Sophia and DJ help serve as Frankie’s role models by setting positive examples as scholar athletes. Coach Luskin also supports Frankie during both of her athletic seasons, and Coach Tourtellot and Coach Gile both help Frankie develop as a player. Frankie’s parents have been extremely supportive in all of her endeavors. Frankie would advise a younger athlete not to worry if their sport is challenging to them. “You should just stick with it if that’s what you want to do, and if you put in the effort, you’ll get so used to the field that you’ll surprise yourself with how much becomes second nature.” Next year, Frankie hopes to attend William’s College for four years. We wish Frankie the best as she finishes her senior year and prepares for college.