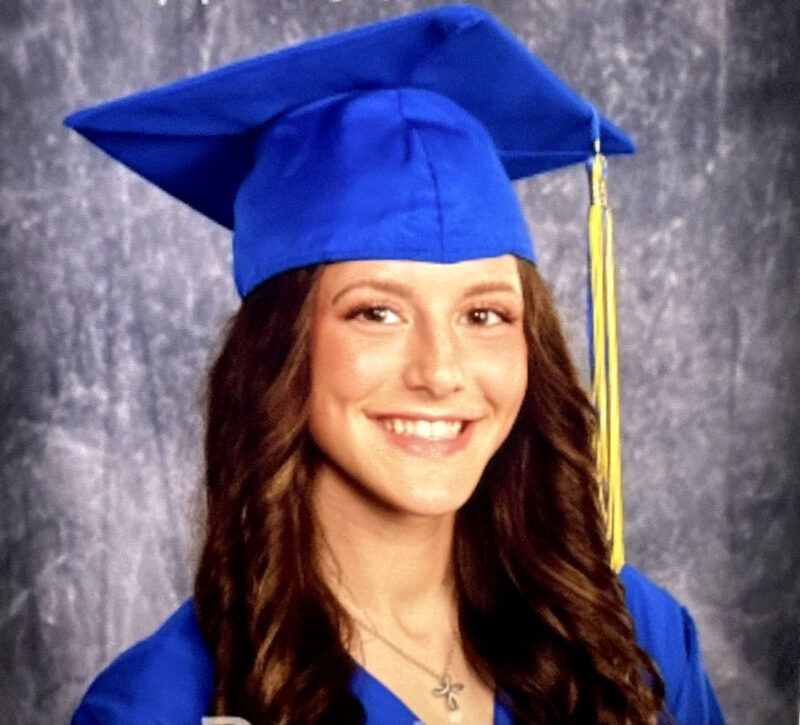 This week’s Scholar Athlete of the Week is Logan Barsalow. Logan is a captain on the Varsity cross country team and runs on the outdoor track team in the spring. Logan also traditionally plays basketball in the winter, but due to an injury will be competing in indoor track this year. Logan was initially interested in running because her father was a strong runner. Logan tried cross country in seventh grade, and immediately fell in love with the sport. After a year of modified, Logan moved up to varsity, where she has remained since middle school. To prepare for her season, Logan traditionally trains twice a day over the summer. This can include lifting weights, going on a distance run, speed workouts, or pilates workouts. However, due to injury over the past two summers, Logan has had additional cross training biking and swimming.

Logan’s favorite part about her sport are her teammates. “They are really my best friends, we have an amazing team atmosphere.” For Logan, the most difficult part about cross country is the mentality needed to continue pushing herself through practice and races. Every year since eighth grade, Logan has managed to qualify for the state championship (with an exception in her sophomore year, when the race was not held due to the pandemic). Logan has fractured both her navicular bone and her second metatarsal in her right foot at different times, making it difficult to catch up in this year’s season. Logan worked hard to make up time and trusted the process to recover from her injury. Logan is especially proud of a meet in Hershey, Pennsylvania this year at Pennsylvania’s pre-states. “It was my first race back, and probably one of the most difficult courses I’ve ever raced. What scared me most wasn’t how physically out of shape I felt, but rather how mentally weak I felt. Throughout the race I struggled with fears of re-injury, completely breaking down to the point where I almost dropped out. In all my years of running, dropping out of a race never crossed my mind. Even in the race I broke my foot, not finishing was simply never an option. However, this race really pushed my mental limits, and I am proud that I was able to push through and finish the race.” Logan noted that this was an

important moment for her; she realized that when she managed to overcome this she could manage any challenging race. After being injured for two athletic seasons, this year Logan’s goal was to make states again and to run a time close to her personal best. Logan also wanted to be a good captain, and to lead her team to be unified.

In addition to her athletic success, Logan excels academically. Logan has a 4.0 GPA while taking a rigorous course load, including Advanced Placement Biology, AP Physics, AP Government and Politics, and AP Language and Composition. Logan is a member of the National Honor Society, and was a junior coach of the youth road runners program. To help balance school and sports, Logan keeps a planner to organize her time. Logan also makes sure she prioritizes schoolwork over athletics, and is not afraid to stay after with a teacher when necessary. Logan also tries to balance her work with her social life, but recognizes that races and homework are more important than hanging out with friends.

Logan’s dad serves as her role model. Logan’s father has greatly influenced her as a runner, and Logan appreciates all of the support he has given her throughout the years. Logan works hard to listen to her father’s advice and to make him proud. Logan’s coaches and teammates also help her excel in her athletic career. All of Logan’s coaches across her sports have played a role in shaping her as an athlete and as a person, and her teammates have helped make running enjoyable. Logan’s parents have also been a constant source of support for her, and helped her stay focused on her goals when dealing with injuries. Logan would advise a younger runner to just enjoy the sport. “Running isn’t easy, but with the right people, it can turn into something you really love. I would tell them that in running, mental strength is more important than physical strength. Everyone wants to give up when their legs get tired and their lungs start burning, but those are the moments that matter most. Those are the moments that set you apart from everyone else. You have to go into it with the attitude ‘I’m stronger than whatever temporary pain I will feel’.” Next year, Logan hopes to run in college. Logan is looking to enter the health science field, either as a physician assistant or physical therapist with a concentration in exercise science. We wish Logan the best as she finishes her senior year and prepares for college.