It was another successful week for the Averill Park cross country program! AP sent two runners to the state tournament held at SUNY Plattsburgh on 11/16. On the boys side, junior Noah Bonesteel finished 74th out of 122 with a time of 16:25.9. For the girls, freshman Logan Barsalow placed 31st out of 124 with a time of 18:11.2. Barsalow is not done yet as her time allowed her to qualify for the Federation Meet. The meet will take place on 11/30 at Bowdoin Park in Wappinger Falls.

Winter sport practices officially started up this past week. Good luck to all of AP’s winter athletes as we approach the start of their regular seasons. Go Warriors! 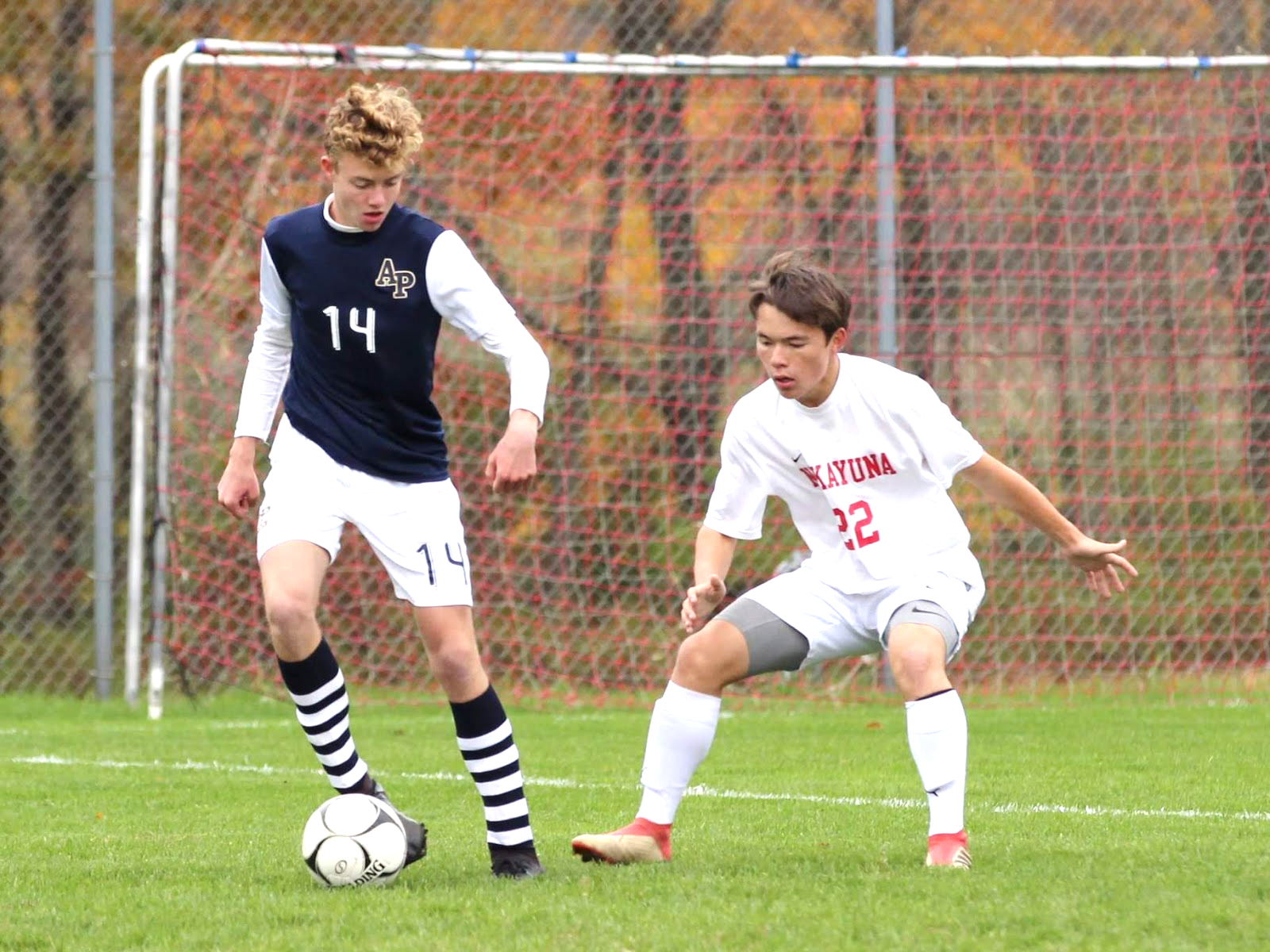 This week’s scholar athlete is Keston Holohan. Keston plays on the Varsity Soccer and Varsity Tennis teams. Keston recently finished his senior season on the soccer team, a challenging season for him as “I had a broken ankle over the summer that never healed properly,” so Keston played through the entire season with an injury. Yet, even through the pain, Keston was able to achieve his goal for the season “to beat a good team.” He did this when he helped his team to upset Bethlehem 1-0, as well as score the game-tying goal against Niskayuna to end with a 1-1 draw. Keston says his favorite aspect of soccer is “the team bonding.” After 14 years of playing soccer, Keston has formed a strong relationship with his teammates both on and off of the field.

Keston works hard both in his sports and his academics. Keston has maintained a GPA of 92 throughout high school. Keston’s efforts were recognized this Fall as he was inducted into the National Honor Society. In order to balance school and his sports, Keston says “I make a plan for school and sport time, and I study for tests when I can.” Additionally, Keston is a member of New Horizons Club, an extracurricular organization that provides aid for Averill Park’s sister school in the Dominican Republic. Outside of school, Keston spends time with friends and playing the guitar. In his future, Keston plans to attend college and major in Mechanical Engineering.

Keston says that his role models have been his parents as they “always support me, and are there when I need them.” Keston wishes to tell younger athletes to “always go hard, never quit, and be patient.” We wish Keston the best as he finishes his senior year and prepares to enter college.