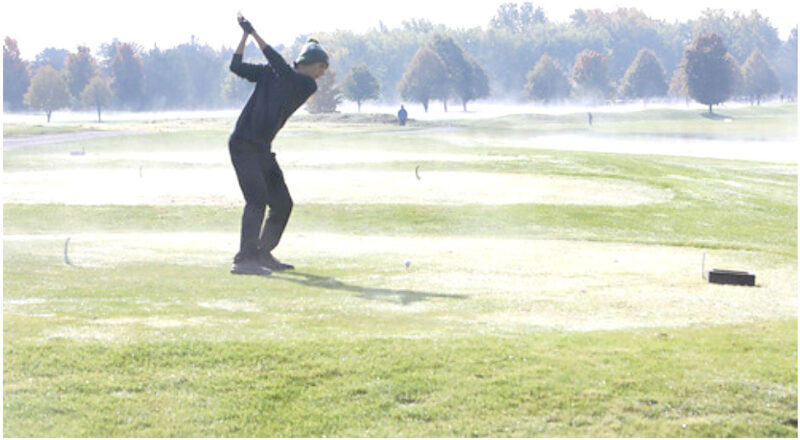 This week’s Scholar Athlete of the Week is David Mooradian. David is a captain of the Varsity golf team. Much of David’s family plays golf, so David was introduced to the sport when he was about eight years old. He quickly fell in love with golf, and has been playing ever since. To prepare for his season, David practices as much as he can over the summer. David noted that golf requires a lot of practice to improve, and a commitment to do your best. David’s favorite part about his sport is the internal struggle it brings. David commented that golf is a very challenging game, and that athletes can always improve no matter what their skill level is. David also said that for him, the most difficult part about golfing is the patience necessary to be a competitive golfer. David noted that, “No round is ever perfect and you have to be able to handle the ebbs and flows of a round.” Entering high school, David’s two goals for golf were to qualify for the state team and perform well at sectionals as a team. In his freshman year, David’s score average was a 41. However, in his sophomore year David’s score increased to a 43, a worse score in golf. David managed to lower his score down to a 39 in his junior year, and qualified for the state tournament. In his senior year, David led Averill Park’s team to a sectional victory for the first time in Averill Park history. David is proud of both of these accomplishments.

In addition to his athletic success, David excels academically. David has a 3.9 GPA while taking a difficult course load, including Advanced Placement Government and Politics and AP Language and Composition. David is also a member of the National Honor Society, and serves as the class president for the class of 2023. To balance school and sports, David tries to effectively use any free time that he has. Some nights in the season can run late, so it is important for David to complete schoolwork when he can and maintain a healthy sleep schedule.

David’s role model in golf is Phil Mickelson. David respects him being “aggressive and never out of a hole no matter where he hits his tee shot”, and David strives to copy that mindset. Coach Conroy and David’s father both push him to excel in his sport, and David would advise a younger athlete to, “stay patient, it is a very difficult and frustrating game.” Next year David hopes to attend a college where he can play golf all year, but does not feel it is necessary to play for a team. Playing golf in college is very competitive, especially in southern states where David hopes to go to college. We wish David the best as he finishes his senior year and prepares for college.