The regular seasons for Averill Park’s fall sports officially wrapped up this week. The boys’ soccer team took on Shaker on 10/15 and fell 1-0 in a tight match. On 10/18, the Warriors saw big performances from their seniors as they tied Niskayuna 1-1 in their Senior Match. Keston Holohan finished a cross from Adam Balogh to score the goal for AP. The defense led by seniors Erik Jeschke, Dean Buttaci, and Xander Michaels kept Niskayuna’s attack in check the whole game and Eric Schuman had 9 saves in goal.

The girls’ soccer team battled to two 1-1 draws this week. Julia Hanlon provided the goal for AP against Shaker on 10/15. On 10/18, the Warriors traveled to Niskayuna for a night game to close out the regular season. Senior Bryanna Swinson found the nets for AP on a Syd Haskin assist.

The girl’s tennis team competed in Individual Sectionals on 10/15. The doubles team of Lilly Kronau/Kelly O’Neil Knasick defeated Glens Falls 10-3 in their first round match before falling to Emma Willard in round two. The doubles team of Sophia Stern/Davis Snyder also won their first round match 10-5 over Holy Names. In the second round they fell to Shen. In singles, Julia Mooradian defeated Catholic Central 10-7 in the first round and fell to Scotia Glenville in round two.

The football team fell to Shen 33-6 on 10/18. Senior Joe Milanese scored the lone touchdown for AP off of a 50 yard run. AP will take on Burnt Hills at home on 10/25 in the Class A Quarterfinal.

Make sure to cheer on AP’s athletes as Sectional play begins. Go Warriors! 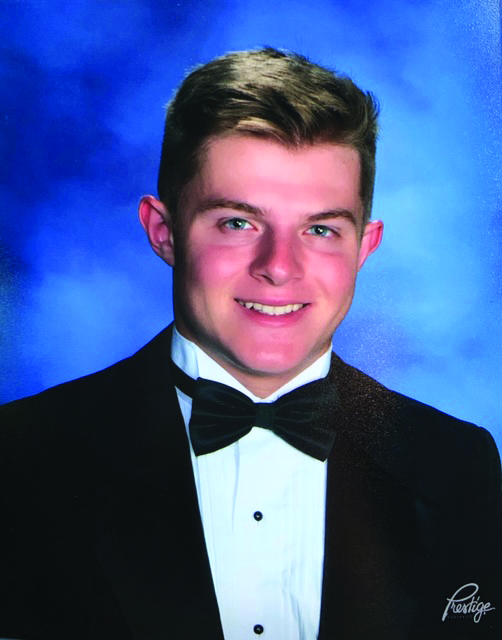 This week’s scholar athlete is Joe Milanese. Joe is a captain on the Varsity Football team. Joe has played football for five years, having started the sport in eighth grade on the modified team. Joe’s favorite aspect of football is playing in front of the fans: friends, family, students, and teachers. He says the biggest challenge with football is the preseason “a lot of lifting, conditioning, physical and mental preparation.” Joe’s hard work helped him to achieve First Team All League last year as a junior. Joe says his coaches, parents, and friends help him to excel in football. “My coaches by pushing me to my biggest potential.”  He thanks his parents “for allowing me to play sports, they drove me everywhere before I had my license and they are my biggest fans.” Lastly, Joe expressed his appreciation for his “teammates for being great competition in practice and it helps that they’re all my friends so playing sports with them is a lot of fun, we push each other really hard.”

Joe strives to do his best in his sport, and in school. Joe has maintained a GPA of 94.2 through high school. He also received academic achievement awards in Construction, PreCalculus and Chemistry. Additionally, Joe is a member of National Honor Society and Student Government. In order to make the most out of school and football, Joe says he tries to “soak up as much information as possible to make myself better, another thing I do is ask for assistance from either my coach or teacher to improve.” After high school, Joe plans to study marketing and management at a four year college.

Joe says his greatest role model has been his father, “because he has a very good work ethic and I strive to have one like him.” Joe would like to tell younger athletes: “show up to everything you can for your sport and work hard in everything you do, and don’t take your time playing for granted, you’ll miss it when it’s over.” We wish Joe the best as he finishes his senior season of football and prepares himself for college.