The football team had a successful homecoming night, crushing Niskayuna 35-0 on 10/8. Senior Gavin Giordano rushed in for two touchdowns and threw two more to senior Nick Rogers and Nicholas Galuski. Galuski also threw a touchdown to Max O’Connor to seal the victory. The win moves the boys to 4-2 on the season. They look to add another one to the win column against Lasalle on 10/15.

The girls soccer team lost 1-0 against Guilderland on 10/5. They were able to turn it around on 10/7, defeating a strong Bethlehem team 1-0. Gabby Geise scored the game’s lone goal. The girls team will take on Colonie for their senior night on 10/14.

The boys and girls cross country teams once again had a successful meet at the Manhattan Invitational on 10/9.

The Troy-AP girls swim team defeated Albany 55-36 on 10/6. The swim team will take on Burnt Hills on 10/19 for their next meet. Great job lady warriors

I will be back next week to report on scores and highlights. Go Warriors!

AVERILL PARK – Hi Warriors fans! My name is Tyler Michaels, and this year, I will be featuring one senior every week who has been a role model on and off of the field. I look forward to learning more about these exemplary students with you! 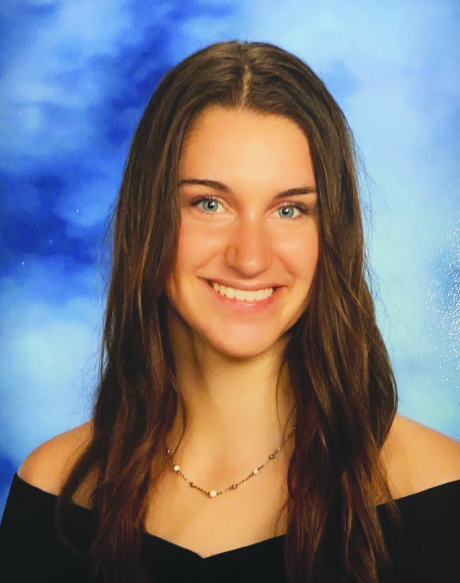 This week’s Scholar Athlete of the Week is Sydney Ferguson. Sydney plays second singles on the Varsity tennis team. Before her tennis career, Sydney had been playing soccer for a decade. However, after playing soccer her freshman year Sydney decided to try tennis the next year, and quickly fell in love with the sport. Sydney plays with an indoor tennis team to continue playing after her season, and tries to get onto the courts as much as possible as the weather warms up. Even before preseason begins, Sydney is practicing three times a week. Sydney’s favorite part about tennis is the self-dependence that comes with it. “There is no reliance on anyone else, and success comes from myself.” However, the mental aspect of tennis can be challenging for Sydney. Sydney thinks that keeping yourself focused and maintaining a positive mental attitude for the entire match can be challenging, especially in long or difficult matches. This year, Sydney hopes to simply have fun with her tennis season. Although she is putting her all into every match, Sydney wants to ensure that she is enjoying herself during her senior season.

In addition to her athletic success, Sydney excels academically. Sydney has a 98.3 GPA while taking a rigorous course load, including AP Government and Politics and AP English 12. Sydney is the president of International Club at Averill Park, and in her spare time she enjoys walking, hiking, reading, and being with friends and family. To balance school and sports, Sydney plans her workload, and when she has time to get work done. Sydney also treats tennis as her break time, and since she enjoys it so much she is ready to focus on schoolwork once practice is over.

Sydney’s inner drive for success keeps her working hard. Despite her busy schedule, Sydney constantly puts her all into everything she does. Sydney’s cousin Zach also helped teach her how to play tennis when she first started playing. Sydney’s parents, coaches, and teammates have all inspired her every step of the way, and Sydney is truly grateful to have an amazing group of people supporting her. Although it may sound contrary to others’ advice, Sydney would advise younger athletes that it is okay to quit. “Sometimes quitting is the brave thing to do. I played soccer for ten years before I quit playing for the school. I didn’t love it as much as I used to, and my intuition was telling me that I could be happier somewhere else. And once I found tennis, I was a whole lot happier. It was hard sometimes because I came into it so late, but I had a real desire to do well because I love it. I work so hard for it because I love it. It’s normal for passions to change and for people to grow. So listen to yourself. You know what’s best for you.” Next year, Sydney plans on attending a four year college, and continue to get her Master’s degree. Sydney is not certain what she wants to major in yet, but has multiple areas she is interested in. Sydney also hopes to play tennis at college, whether it is club or intramural. We wish Sydney the best as she finishes her senior year and prepares for college.