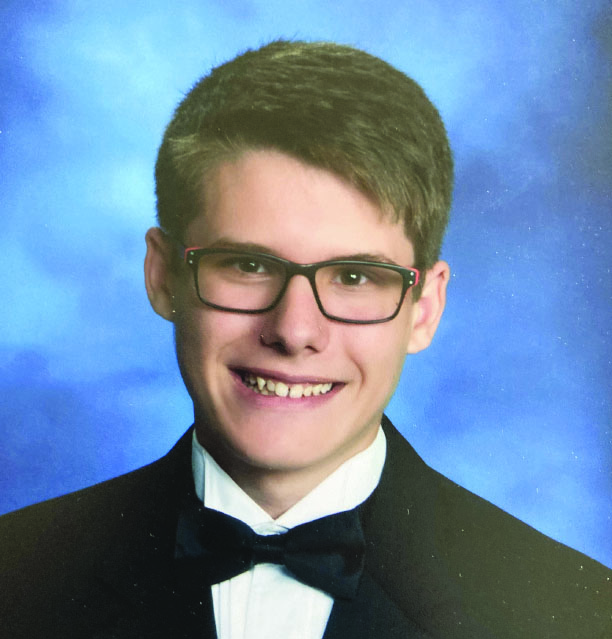 AVERILL PARK – This week’s Scholar Athlete is Joey Richter. Joey plays Varsity tennis on the first doubles team. Joey began playing tennis with his father when he was younger. Joey decided to join the school team in his sophomore year, and has played ever since. To prepare for his season, Joey plays at the tennis courts and runs. Joey has to begin getting ready right as it is warm enough to be outside due to the early start of the tennis season. Joey’s favorite part about his sport is the team. Joey has met many other student-athletes through tennis, some of which he likely would not have known if they were not united through their shared love for the sport. The most challenging part of the sport for Joey was the condensed schedule the team played through this year. The team had to play their matches in a shorter season, which meant there was not any time off between matches. Joey also found the mental aspect of tennis challenging. Although there were times when Joey and his teammate were down, they continued to play as hard as they could until the end of the match. This year, Joey’s goal was simply to play to the best of his ability. Joey succeeded in this regard, and was recognized as the most dedicated player at the end of the season. Joey hopes to continue playing tennis through his college career.

Joey has excelled academically as well as athletically. Joey has a 98.5 GPA while taking a difficult course load. To properly manage his time between school and sports, Joey works on homework at any opportunity he has in his busy schedule. After coming home from a tennis match Joey will have a quick dinner before diving right into his schoolwork. Joey is an Eagle Scout and a member of the National Honor Society. Joey participated in Off Broadway Players every year except last year, when the extracurricular was suspended because of the pandemic. Joey also loves motorsports, especially Formula 1.

Coach Gaetani helps Joey develop in his sport. “ He always makes you feel better when you hit with him and he always pushes you to do better.” Joey’s father also helps push him to excel. Even though his father is a better player than Joey, Joey uses the opportunity to get better and strives to beat his father. Joey would advise a younger athlete to, “always play your best no matter if you’re a set down. There’s always time to come back.” Joey plans on going to Hudson Valley Community College for two years before transferring to a four year school to earn a degree in mechanical or aerospace engineering. We wish Joey the best as he prepares for college.