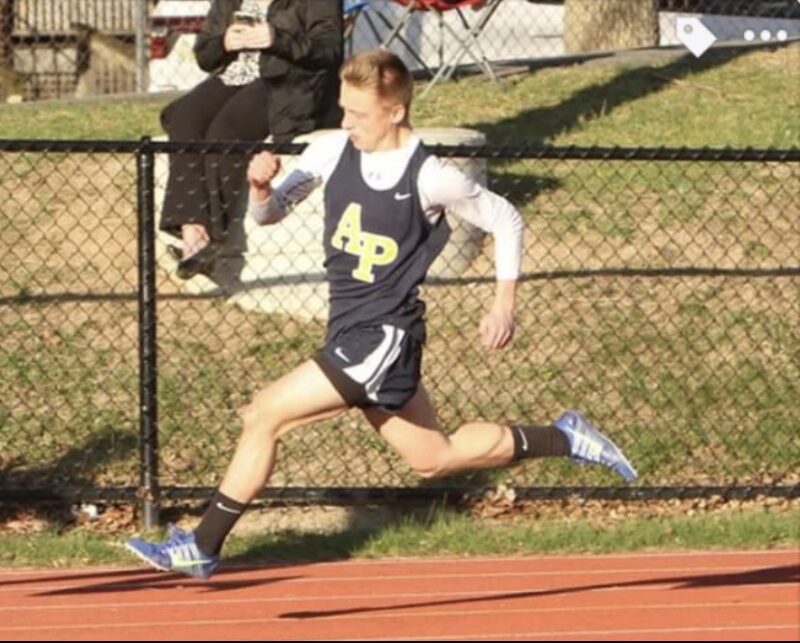 This week’s scholar athlete is Jon Dewolf. Jon is a sprinter on the Varsity Outdoor Track team and he played for the Varsity Soccer team in the Fall. Jon began track during his sophomore year after one of his friends told him he should join the team.  Jon’s favorite aspect of track is the team component of the sport. “I love the environment at meets and how the track team feels like a big family.” Jon and his team push each other to do their best, and he says it is difficult not to have them there to push him during workouts.

Jon works hard during the offseason to compete at a high level during the season. Along with playing in an indoor soccer league, Jon runs on his own in order to stay in shape. Jon’s efforts have greatly helped him to improve as a runner, and allowed him to run in an event at sectionals during his first year on the team.

Jon’s hard work is seen in his sports and in his academics. Jon has maintained a GPA of 91 throughout high school. This year, Jon is taking a challenging course load including Physics, Advanced Placement Government and Politics, Calculus, Engineering Design and Development, Civil Engineering and Architecture, Biogene, Death and Life in Literature, and Horror History. Outside of the classroom Jon is a member of New Horizons Club, a club that raises money to send to our sister school in the Dominican Republic. In his future, Jon will attend Clarkson University for engineering studies.

Jon says his parents have been role models in his life. “Both my parents are very inspirational to me. They love their jobs and that’s something I aspire to have.” Jon also says his coaches have been very supportive throughout his time in high school. Jon wishes to tell younger athletes “track is all about what you make of it and if you want to put in the work your times will go down and you will get better results.” We wish Jon the best as he completes his senior year, and hopefully we will have the opportunity to watch him race before the year is over.