It was a week full of victories for many of Averill Park’s spring athletes. The softball team defeated Shaker 8-4 on 4/8 to start off a big week. Abby Nagel led the way offensively recording three hits and Jadyn Lee got the win pitching for AP. On 4/10, the Warriors crushed Niskayuna 12-0. Jadyn Lee had another stellar performance, striking out 6 batters on the way to a complete game shutout. The Warriors also won both games in a double header on 4/14. They defeated Kellenberg Memorial 9-2 behind a grand slam from Ainsley Rogers and two RBI’s from Maise Dawson. In the second game, AP was victorious over Archbishop Molloy 13-2. Abbey Nagel homered for AP in the contest. Jadyn Lee pitched and got the wins in both games.

AP’s baseball team ousted Shaker 3-0 behind six shutout innings pitched by Anthony Childrose on 4/8. The Warriors then fell to Niskayuna, 6-4, and South Glens Falls, 7-0, on 4/10 and 4/11, respectively. On 4/12, the Warriors took on CBA and won 3-0 behind a complete game shutout pitching performance by Avery Pascucci. The Warriors will next play Saugerties away from home on 4/18.

The boy’s lacrosse team fell to CBA 22-3 on 4/11. Nick Gelder scored twice, and Ethan Jamison added a goal for AP. On 4/12, the Warriors defeated Colonie 8-7 to attain their first win of the year. Will Fleming scored 4 goals to lead AP and Matt Kenneally and Ethan Jamison both found the nets twice. Up next for the Warriors is a home match against Burnt Hills on 4/18.

I will be back next week with more AP sports updates. Go Warriors! 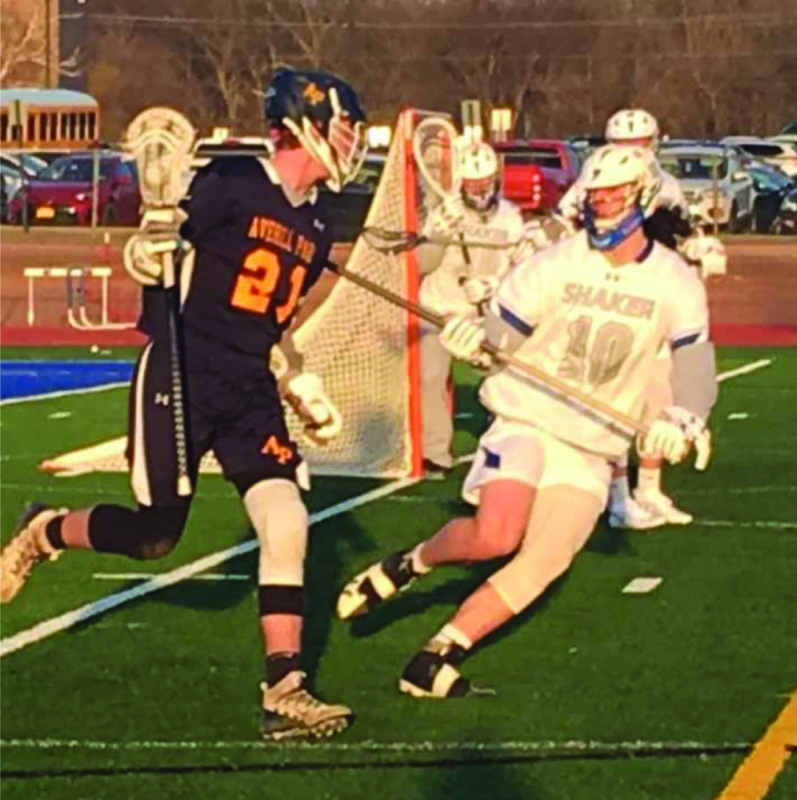 This week’s scholar athlete is Matt Kenneally. Matt is a captain on the Varsity Lacrosse team. Matt has played lacrosse since he was 5 years old. He was first introduced to the sport by

his father who has played lacrosse for his entire life. Now, he has passed his love for the sport to Matt. Matt’s favorite aspect of the sport is the opportunity he has to spend time with his friends.

Yet, there are numerous challenges of the sport, specifically the challenging competition Matt and his team face. At the beginning of this year, Matt went on a diet to keep himself in shape for the long season ahead. Matt hopes his offseason efforts allow him “to give it the best I have and leave it all on the field for my final season.”

Matt does not only work hard on the field, but in the classroom as well. Matt has maintained an average of 91 throughout high school. This year, Matt is taking challenging

courses such as Computer Integrated Manufacturing, Engineering Draw and Design, and Statistics.

Outside of school, Matt works at Ski Mountain or as a lifeguard.

In his future, Matt will be attending college to major in either business or engineering.

Matt says his family has inspired him to work hard in both his sport and his academics. He also says his coach, Coach Fogel, has been a great role model for him.

Matt wishes to leave a piece of advice for younger athletes. “It is gonna be tough at first and hard, but you will get the hang of it and soon you are gonna be part of a really strong program.”

We all wish Matt the best as he finishes his senior year at Averill Park and prepares to enter college. 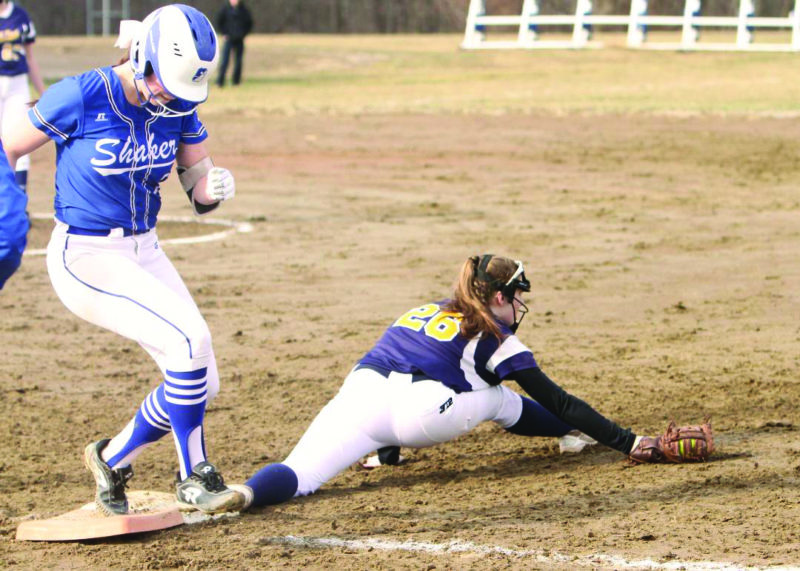