The football team had a tough 46-0 loss to Troy on 4/1. They look to bounce back in their next game on 4/9 against Amsterdam.

I will be back next week to report on AP scores and highlights. Have a great Spring break! Be safe and Go Warriors! 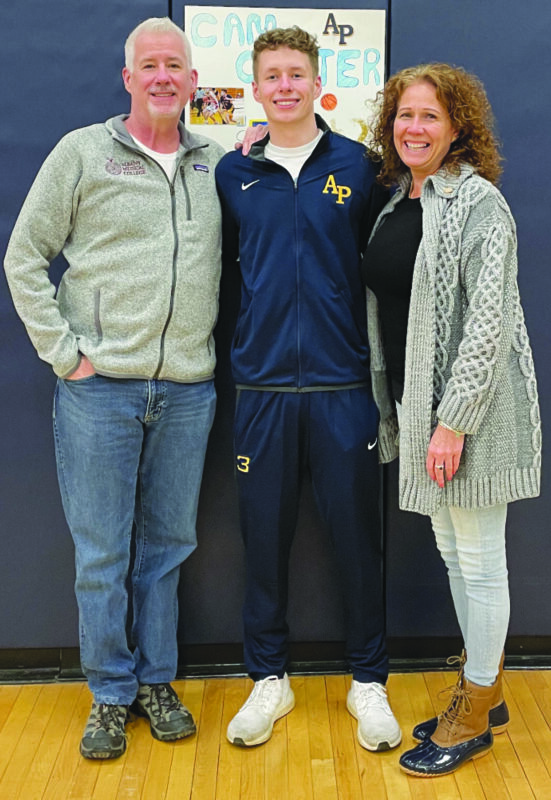 AVERILL PARK – This week’s Scholar Athlete is Cameron Carter. Cameron is a shooting guard on the Varsity basketball team, and is a pitcher and outfielder for the Varsity baseball team. Cameron began playing basketball when he was four years old, joining hoop camp. Cameron had been interested in sports, and when he began playing basketball he knew that he would enjoy it. Cameron joined travel basketball in third grade, where he continued with the same team until the end of eighth grade. Once he began high school, Cameron joined the school basketball team. To prepare for his season, Cameron lifts weights and attends offseason workouts regularly. Cameron’s favorite part about his sport is the friendships he formed throughout his basketball career. “Some of the guys I have been playing with since I was four years old and without them, I’m not sure I would be the same person I am today.” For Cameron, the most difficult part about basketball and baseball is the dedication that must come with them. As you get older and begin working a job, time management becomes a necessity for every scholar-athlete. Last year, Cameron helped his team defeat Troy and win the Gray Division of Suburban Council, which is an accomplishment the boys program has not been able to achieve in years. This year, Cameron hopes that they can have a strong baseball season, but really just wants to form memories with his teammates and coaches. Cameron also misses the student section in his basketball games, and hopes in a few years everyone will be able to experience a full gym again.

While forging his athletic career, Cameron has been successful in school. Cameron has a 91 GPA while taking a difficult course load, including Advanced Placement Biology and Advanced Placement Statistics. Cameron is a member of the National Honor Society, and has won two underclassmen academic awards for his high grades. In his free time, Cameron enjoys playing pickup games with his friends, whether it is a home run derby or basketball game. To help manage school and sports, Cameron has worked on his time management and communication skills. Cameron explained, “planning out homework time is a necessity, because any athlete will tell you the last thing they want to do after a hard practice is come home to a night full of work. Communication with my coaches was key throughout high school, keeping in touch with them about grades kept me in line and let me know what I had to do in order to be successful outside of school.”

Cameron’s role model is his basketball coach, Coach Pugs. Cameron said, “His love for the game is admirable, along with the bond he has with his players is like no other coach I’ve had. When no one else believed in me, he did. He’s always rooting for me and I know he always will, so I have to give him that same respect back and work hard. He’s been around watching me play since I was in hoop camp. He has been the one to teach me working hard doesn’t only apply in sports, but more importantly in life. He wants to see his players succeed, and I truly admire that about him.” Cameron’s teammates also help him improve, as the competition between teammates drives everyone to do better than their friends. Cameron’s brother Jeremy would also push him to get better, and as a D1 athlete Jeremy helped show Cameron what the road ahead would look like. Cameron would advise a younger athlete to practice outside of practice. “I made too many mistakes when I was younger passing up opportunities to work on my game, I regret it to this day. I can tell you first hand that the guys who work outside of practice are much better than the guys who don’t.” Next year, Cameron plans on attending a four year college to study Civil Engineering. We wish Cameron the best as he finishes his senior year and prepares for college.