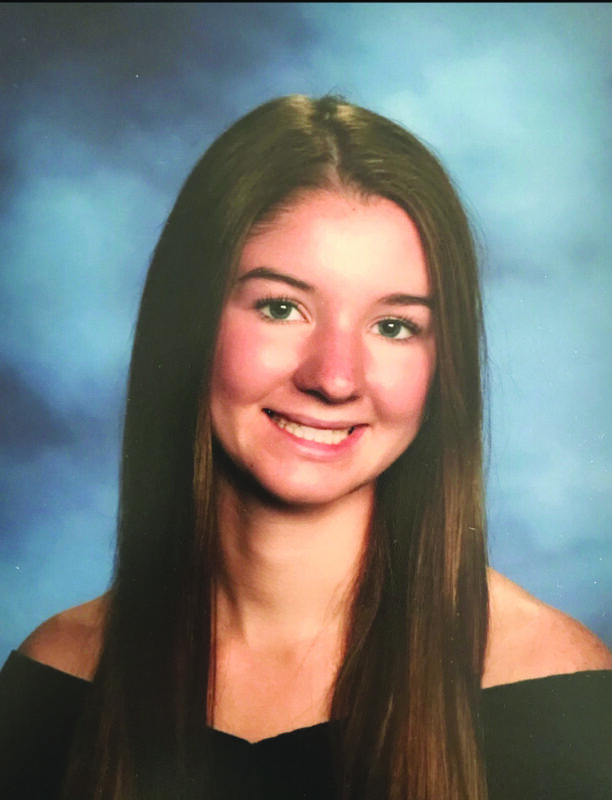 This week’s scholar athlete is Hannah Ryan. Hannah is a defender on the Varsity Lacrosse team. She also played on the Varsity Soccer team in the fall. Hannah began playing lacrosse in eighth grade, and she has loved the sport ever since. Hannah’s favorite aspect of lacrosse is her team. She explains “I love my teammates and seeing how we progress as a team as the season goes on.” Hannah says the hardest part of lacrosse is the skilled teams she and her team play against. “We play many teams that have extremely skilled players, so it’s hard to keep your head up when you are facing such challenging opponents.” Hannah works hard in the offseason in order to compete with these difficult opponents. She keeps herself in shape by attending preseason conditioning months before the season, and she plays for a local program with many of her teammates. Hannah’s efforts were recognized when she received the Most Improved Player Award at the lacrosse banquet last year. Last season, the efforts of Hannah and her team helped them to reach the sectional finals. This season, Hannah hopes to win the sectional title.

Hannah’s hard work is seen both on the field and in the classroom. Hannah has maintained a GPA of 96.5 throughout high school. She has achieved this through a rigorous course load. This year, Hannah is in the New Visions Medical Program. She also takes Spanish, Jazz Band, and Concert Band at the high school. For extracurricular activities, Hannah is the president of the New Horizons Club, senior class secretary, and member of journalism and science club. Additionally, Hannah was inducted into the National Honor Society last fall. In her future, Hannah will be attending the University of Vermont and major in biology on a pre-med track. After college, Hannah wants to be an emergency room doctor.

Hannah wishes to thank her teammates and coaches for helping her to succeed in her sport. She says “My teammates are incredibly supportive and we are always hyping each other in games and practices. My coaches over the years have been supportive not only with lacrosse itself, but with school and outside of academics as well.” Hannah would also like to thank her parents for being so supportive. “My parents never knew anything about lacrosse until I began playing, but they make sure they come to all my games.” We wish Hannah the best as she finishes her senior  year at Averill Park and prepares to attend the University of Vermont.