It was another exciting week of Sectionals for AP sports! Junior Sean Malenfant competed in the wrestling State Tournament on 2/28 and 2/29. Malenfant won each of his first two matches to propel him to a 5th place finish in the 152lbs. weight class.

Boys basketball took on Troy in their first round of Sectionals on 3/1. AP got off to a good start going up 24-16 at the half and finishing with a 48-44 win. Matt Lettko led the Warriors with 11 points, 4 steals, and 4 assists. Michael Re finished with 10 points and 5 rebounds, and Ben Romer and Vinny Carucci each recorded 9 points for AP. The Warriors will take on Lansingburgh on 3/5 in the Class A Semifinals.

Girls basketball defeated Mohonasen 78-32 in their opening sectional match on 2/27. AP was led by Amelia Wood with 18 points. Kelsey Wood finished with 15 and Anna Jankovic added 14 for the Warriors.

AP’s cheerleading team won the Section 2 Division 2 Championship on 2/29. The Warriors will compete in the State Tournament on 3/7. 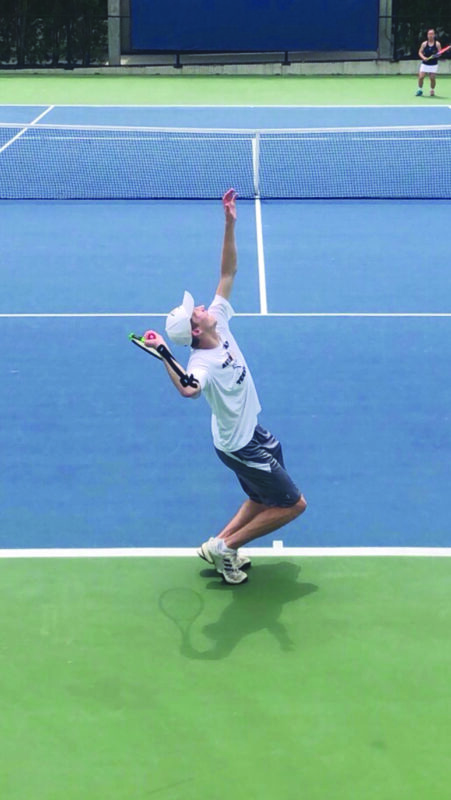 This week’s scholar athlete is Eric Schuman. Eric was a captain for the Varsity Soccer team as well as a two-time captain and number one singles player on the Varsity Tennis team. He began playing tennis in eighth grade, and was on the varsity team by the end of his first year. Eric says “my sister encouraged me to play after I got cut from the modified baseball team in seventh grade.” The switch to tennis worked well for Eric, as he soon came to love the sport. Eric’s favorite part of tennis is “the feeling you get after winning a tough match.” In order to win these challenging matches, Eric worked hard in the offseason to improve. He lifted weights three times a week and played tennis five times a week. Additionally, Eric played for a Junior Tennis Team during the winter.

Last season, Eric’s efforts helped him to place second in individual sectionals and reach the State tournament. Eric is the first player from Averill Park to reach this achievement. “It was a dream come true that I had been working towards all year.” This year, Eric hopes to win the team sectional championship. “Averill Park tennis has never won sectionals, but each season under Coach Gaetani we have come closer and closer.”

Eric’s hard work continues off of the court and in the classroom. Eric has maintained a GPA of 98 throughout high school and ranked sixth in his class. He has achieved this high average with a rigorous course load. Eric is taking three Advanced Placement courses this year: AP Government and Politics, AP Biology, and AP Calculus. In order to balance school and his sports, Eric says “I always make sure to leave time for homework and studying and try to manage my time so that I’m not up too late.” Eric’s academic efforts were recognized last Fall when he was inducted into the National Honor Society. Last Spring, Eric received the University of Rochester Xerox Award for Innovation and Information Technology at the underclassmen award ceremony. In the future, Eric will be attendingcollege and majoring in chemistry.

Eric says his coaches have helped him to excel in his sports. “Coach Gaetani for tennis, and Coaches Paul and Chris Dunham for soccer have improved both my game and mindset.” Eric’s family has constantly supported Eric throughout his time in high school and experience with tennis. “My sister Heidi and I practice together all the time and push each other to be our best.” Eric’s parents have served as his role models throughout his life. “Both of my parents never miss a game or match. My dad was my first coach and always gives me great advice and my mom always supports me whether it’s in school or sports.” We wish Eric the best as he finishes his senior year at Averill Park and prepares for college.