The Sand Lake Center for the Arts presents the 2020 SLCA One Act Play Festival. A collection of 8, 10-15 minute plays written, directed and performed by local artists. Some funny, some serious, this festival is sure to tickle your funny bone and touch your heart. Featuring the plays of Paula Hoffay, Bear Kosik, Julie Demers, Susan Frost, C.S Brennan, Jesse Waldinger, Roger Gaboury, and Anthony Pezzula, the SLCA 2020 One Act Play Festival will leave you wanting more! Performance dates are Jan. 9, 10, and 11 at 8:00 pm. And Jan. 12 at 2:30pm. Tickets – Adults $18. And $10. Students (18 and under). Prepaid reservations available at www.slca-ctp.org or call the office at 518-674-2007. SLCA is located at 2880 NY 43, Averill Park, NY 12018, is fully handicapped accessible, with plenty free parking.

Highlight Acting Troupe will hold auditions for Nunsense The Mega Musical Version. Book Music & Lyrics by Dan Goggin. Auditions will be held at the Center Brunswick United Methodist Church on Thursday, Jan. 9th @ 6:30PM and Sunday, Jan. 12th @ 4:00PM. The show will be co-directed by Christine & Ethel LeVan with Marietta Mitchell as the musical director. The cast includes both males and females ages 18 and up. Performance dates are May 1-3 and 8-10.

Please come prepared to auditions with 16-32 measures of a song along with the music in the key you would like to sing in. 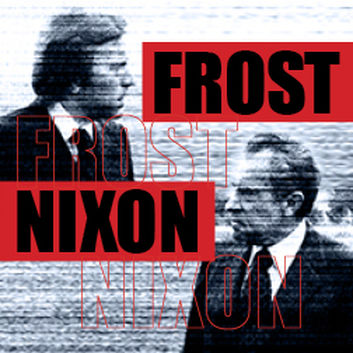 Frost/Nixon is based on a series of televised interviews that former U.S. President Richard Nixon granted broadcaster David Frost in 1977 about his administration, including his role in the Watergate scandal. It originally played 137 performances on Broadway in 2007 with Frank Longella as Nixon and Michael Sheen as Frost.

British talk-show host David Frost has become a lowbrow laughingstock. Richard M. Nixon has just resigned the United States presidency in total disgrace over Vietnam and the Watergate scandal. Determined to resurrect his career, Frost risks everything on a series of in-depth interviews in order to extract an apology from Nixon. The cagey Nixon, however, is equally bent on redeeming himself in his nation’s eyes. In the television age, image is king, and both men are desperate to out-talk and upstage each other as the cameras roll. The result is the interview that sealed a president’s legacy.