Sand Lake Center for the Arts presents “And…begin”- the One-act Plays by capital region playwright Sky Vogel. Directed by Sierra Lynch and Sky Vogel, together they bring you “The Stand In” – During a film shoot, an ambitious young actress meets a stunt double who offers a glimpse of truth that lies beyond any script.  “About the Author” – A woman, struggling to focus her thoughts, comes upon a stranger: her long forgotten self.  “Shoes” – A teacher walks into a shoe store.  So does a businessman.  Neither is shopping, but between them something valuable, and nonreturnable, is exchanged.  This trio of plays will make you laugh, make you ponder and make you feel good! Performance dates Jan. 4 and 5 at 8pm; and Jan. 6 at 2:30pm.  Tickets are $18.00 adults, and $10.00 under 18.  For reservations or information, go to www.slca-ctp.org or call 518-674-2007. SLCA is located at 2880 NY 43, Averill Park, NY, is fully handicapped accessible, with free parking. 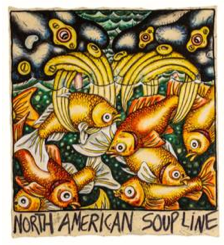 ALBANY, NEW YORK— The Albany Institute of History & Art has had lively animal related art and decorative arts in the galleries this year and those popular exhibitions will close soon. A Menagerie of Whimsey: The Art of William B. Schade and Birds and Beasts: The Scary, Magical, and Adorable Animals of the Albany Institute will close on December 30, 2018.

More about A Menagerie of Whimsey: The Art of William B. Schade From the creative output of artist William B. Schade (1943–2008), a whimsical cast of furred and feathered creatures appears before us as if from the enchanted dream of a child. We encounter grinning crocodiles, roosters with attitudes, and a host of plump and prancing rhinos, tigers, and hippos. In the exhibition, A Menagerie of Whimsy: The Animals of William B. Schade, the artist’s full range of work is represented in the Albany Institute’s galleries, from prints and sculptures, to paintings and ceramics.

Schade was born and raised in Albany and spent most of his working career in the Capital Region. He received Master’s Degrees from both the University at Albany and the distinguished Cranbrook Academy of Art in Bloomfield Hills, Michigan. In addition to receiving awards from the National Endowment for the Arts and the Fulbright Commission, Schade also held residencies at the McDowell Colony for the Arts and at Yaddo in Saratoga Springs. His work has been exhibited at the Metropolitan Museum of Art, Dartmouth College, and elsewhere. For more than thirty years, Schade taught at Sage Colleges where he was always a popular professor.

More about Birds and Beasts: The Scary, Magical, and Adorable Animals of the Albany Institute The Albany Institute’s collection is rich in two- and three-dimensional representations of animals. In everyday life, animals are part of our personal experience, whether as pets, beasts of burden, or part of the natural world around us. In art, animal images have been used as subject, decoration, and metaphor since ancient times. Ranging from farmyard to forest to fantasy, Birds and Beasts will remind you of the many ways that animals have been part of the universal human experience.

The objects selected also represent the types of collections the Institute holds: fine arts, decorative arts, photographs, costumes, toys, utilitarian objects, household furnishings and jewelry. The oldest object in this exhibition was made in 1619 in the Netherlands and the most recent was made in Albany in 2006.

The works of Albany-born sisters Gertrude and Dorothy Lathrop are featured in Birds and Beasts. Gertrude (1896-1986) was a sculptor of animals, and Dorothy (1891-1980) was an award-winning illustrator whose drawings were used in more than 38 books.