The holiday season is in full swing, but it’s not preventing Averill Park’s athletes from staying in the action. On 12/18, the AP girls’ basketball team defeated Colonie by a score of 57-53. Freshman Amelia Wood scored a team high 21 points in the win. Junior Kelsey Wood helped out with 13 points of her own and Olivia Kelly and Anna Jankovic each recorded 8 points for the Warriors.

Boys’ basketball fell to Colonie on 12/18 in overtime by a score of 62-54. Senior Zach Price led the team in scoring with 23 points, with 15 coming from beyond the arc. Fellow seniors Thomas Hacker and Avery Pascucci added 11 points each in the defeat.

A full slate of games are available to see this holiday break! On 12/27, boys’ basketball will be hosting Queensbury and girls’ basketball will be away at Williamsville South. AP’s merged hockey team, the Capital District Jets, will face Clarkstown on 12/28 and Cicero-North Syracuse on 12/29. Both games will take place at the Bethlehem YMCA. The AP wrestling team will compete at Dolgeville High School on 12/28 and 12/29 in the Mountain Duals Meet. And to close out December, the boys and girls indoor track team has meets on 12/29 and 12/30. Be sure to come out and support our AP athletes over winter break! Go Warriors!

This week’s scholar athlete is Marty Bond. Marty is a thrower (shot put and discus) and co-captain of the throwing team for Varsity Indoor Track. After competing during the Indoor Track season, Marty continues to throw on the varsity Outdoor Track team. Although throwing is a two-season sport, Marty never stops training. “My preseason is just another track season. I’m always lifting and working on form.” Marty began his track career after his best friend recruited him to the team. Marty now starts his fifth year on the team, and his love for the sport has never wavered. This year, Marty has his goals set to throw over 50 feet in shot put and 150 feet in discus. Marty’s commitment to training has allowed him to find success in his sport as demonstrated by the fact that he has competed in many different national events during past summers. Not only does Marty excel in sports but also in his academics. He has a GPA of 97.3 and was accepted into the National Honor Society earlier this year. When Marty is not training or studying, he is playing one of two instruments. Marty plays the tuba and trombone in the Averill Park Concert Band and Jazz Band. Additionally, Marty spends his free time tutoring math students. In his future, Marty plans to go to college in pursuit of becoming a mechanical engineer. In order to achieve this goal, Marty is preparing himself by taking engineering classes in high school such as Digital Electronics and Computer Integrated Manufacturing.

Marty’s efforts have allowed him to compete at a high level in track, but he does not attribute his success solely to himself. He says his coaches and teammates have helped to push him during workouts in order to ready him for competition. Additionally, Marty holds a close bond with the rest of his team. “When you join track, the people on the team become more than teammates, they become family.”

We wish Marty the best as he finishes his senior year and enters college. 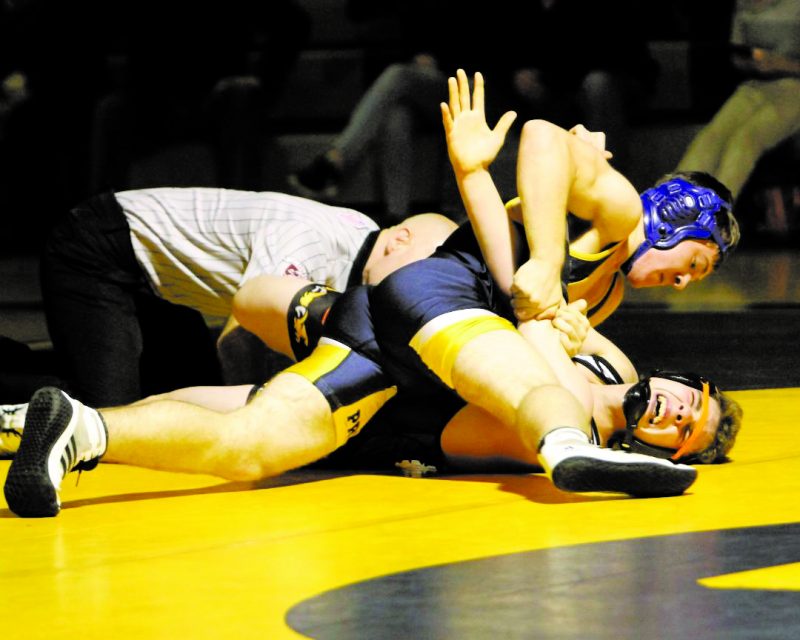