The girls basketball team remained undefeated, beating Ballston Spa 70-20 on 12/10. Amelia Wood led the girls with 24 points. Taylor Holohan and Michelina Lombardi added 14 and 12 points respectively. The girls will face Troy on 12/21 for their next game.

The boys basketball team fell 56-37 to Guilderland on 12/8. Nick Carbone led the team with 11 points. The boys lost to Ballston Spa on 12/10 with a 72-44 final score. Carbone scored 12 points in the losing effort. The basketball team will take on Mohonasen in their next game on 12/16.

The CD Jets had a heartbreaking 6-5 loss in the final two seconds of the game to a strong Shenendehowa program on 12/8. The Jets led the majority of the game in what was a very strong effort. Kyle Millington and Brendan Walsh scored for the Jets. The hockey team fell 4-1 to the Storm on 12/10, but they turned it around on 12/11, beating Lasalle 6-2. Cole Davidson and Kyle Millington both scored in the win. The Jets will face CBA on 12/17 for their next game.

The wrestling team lost a close one to Shaker on 12/8, with a 36-33 final score. Austin Rouleau, Jet Warland, Jacob Hanlon, LJ Welcome, Nick Tempel and Mike Steen all won their individual matches. The boys will face Bethlehem in their next match on 12/22.

I will be back next week to report AP scores and highlights. Go Warriors! 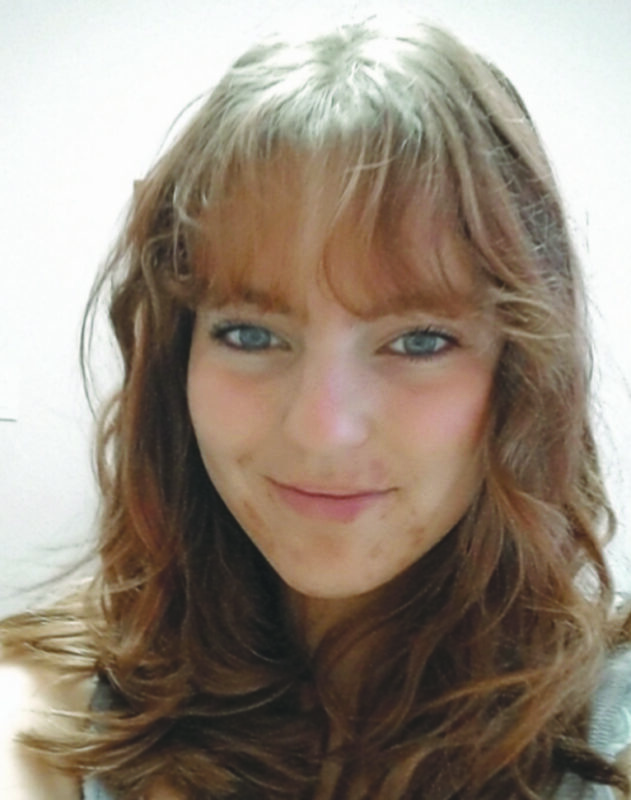 AVERILL PARK – This week’s Scholar Athlete is Paige Graham. Paige is a captain on the Varsity swim team where she enjoys swimming the 50 freestyle, the 100 freestyle, the 200 relay, and the 400 relay. Outside of the swim season, Paige is a member of the track team as well. Paige began swimming last year when looking for a fall sport. Volleyball, Paige’s fall sport she had played prior to the pandemic, was moved to the spring last year due to being classified as a high-risk sport with COVID-19 precautions. Paige has always loved swimming, although unfortunately she was unable to find a swim team before moving to New York from the Mojave Desert. Paige is relatively new to swimming competitively so she does not have a set training schedule before the season, but in the summer Paige spends as much time as she can swimming in a pool or lake. Paige’s favorite part about her sport is the individualistic aspect of swimming. “While we are a team, swimming is one of those sports where it is mainly individual. The whole season is focused on you getting faster than your previous time and getting better at swimming. You can always improve, whether that be in your streamline or diving.” Paige noted that one difficult aspect of swimming is that there are both physical and mental challenges. In addition to the physical exertion the sport requires, in a race it is often difficult to see who you are racing against, and there is simply no way to see your own time that you are trying to beat.

This year, Paige found that it can be difficult to maintain your focus for the entirety of a two hour practice. When other teammates have been swimming for longer and have more experience, it can be discouraging to begin with the sport. However, Paige managed to continue working hard and refused to let wandering thoughts steal her attention away. This year, Paige’s main goal for swimming was simply to improve her stroke and swim faster than last year. Paige feels she succeeded on both of these tasks as she achieved better times at races and felt her stroke growing stronger throughout the year. This sense of improvement has helped motivate Paige, and she keeps in mind that hard work will only help you accomplish more.

In addition to her athletic success, Paige excels academically. Paige has a 3.4 GPA and has an interest in a variety of topics. This is shown by her senior course load, which includes Advanced Ceramics, Forensics, and Physics. Paige was recently selected as a delegate to represent Averill Park High School in the Congress of Future Medical Leaders. Although this nomination surprised Paige, she felt pride in the fact that her hard work earned this recognition, and was excited to be given such a wonderful opportunity. To help balance school and sports, Paige focuses on what she must work on at different times to keep her attention on the task at hand. “When you are in a practice or getting ready for a meet, you need to get into a certain mindset so you can do well. The same goes for class and homework. When I’m at home doing my work I don’t want to be thinking about how I didn’t do all I could have to do better. I need to put all my effort into whatever I’m doing at that moment so I can focus and get better.” Paige is also a member of Garden Club at Averill Park, and enjoys snowboarding in the winter, which she is quite passionate about.

Paige evaluates her own success using a perspective from her own youth. “If my younger self was able to see me, I want to be something to be proud of. I want to have all these accomplishments and awards showing that I put as much effort as I could into everything I did.” Paige’s parents have also helped show her that with hard work you can accomplish much, although there will be some things in life you simply can not achieve no matter how much effort you put into it. Even this is important because there needs to be a balance in life between successes and failures. Paige’s coaches have helped her improve at her sport by pushing her to do better and not give up. Her parents have also helped keep Paige motivated by highlighting her improvement. Paige’s advice for a younger athlete is that, “The first few weeks are difficult. You are sore all the time, you are exhausted, you have dry skin and you smell of chlorine 24/7. These are things you will learn to love. Don’t give up so easily. It really is worth it in the end. Swimming is a fun sport, and you need to just roll with the punches. Just keep swimming and you’ll do great. If you put your best into it, it will give you everything back and then some.” Next year, Paige plans on attending college and majoring in aviation to later become a pilot. Paige hopes to join the Air Force and either stay in the military or join a private sector. Paige also looks forward to continuing swimming in the future, whether it is on her college team or with a local swim club. We wish Paige the best as she finishes her senior year and prepares for college.