Winter sports kicked off this past week at Averill Park. The girls basketball team hosted the Tip-Off Tournament on 11/29 and 11/30. On 11/29, the Warriors took on Columbia and won 50-32. Amelia Wood put up a team high 24 points and Anna Jankovic added 14 for AP.

The Warriors then faced off against Shaker on 11/30 in the Championship and got the win 37-28. Anna Jankovic led the team with 10 points and was named tournament MVP. Amelia Wood was also placed on the all-tournament team.

The girls bowling team started their season off on the right note with a 27-5 win over Saratoga on 11/25. Lindsey Van Alstyne recorded a game high score of 188 and triple of 516. Laney Brown and Bella Guyer added triples of 465 and 461, respectively.

Make sure to come out and support AP’s winter Warriors as their seasons continue to open up. Go Warriors! 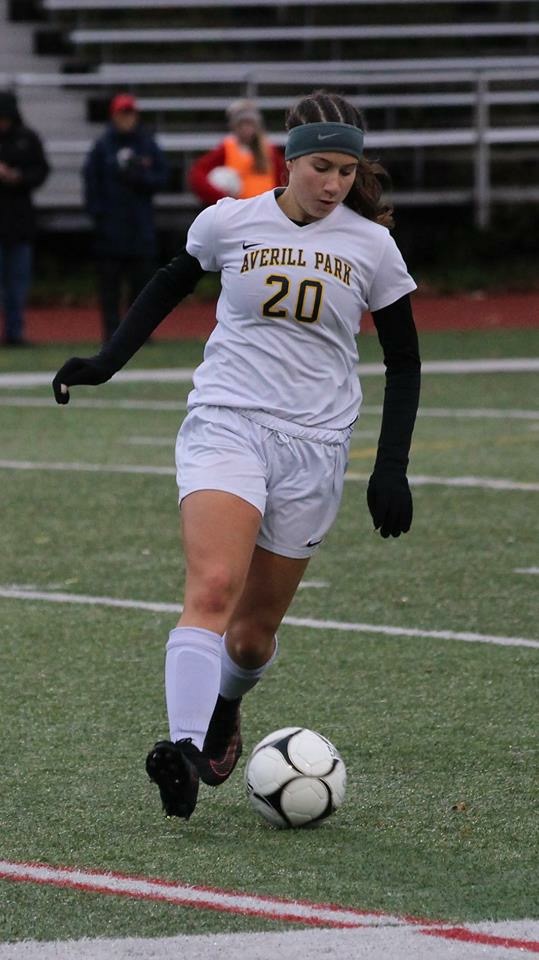 This week’s scholar athlete is Jess Haskin. Jess plays for the Varsity Soccer team, and was a captain during her junior and senior seasons. Jess has played soccer since she was five; she says “I started with the APYSL (Averill Park Youth Soccer League) and have loved it ever since.” Jess’s favorite part of the sport is “the thrill of playing in exciting games and being able to play with all of my friends.” Jess has played in a great deal of exciting games during her time at Averill Park. She and her team have played in the sectional finals three times, and have won the sectional title twice. In order to help her team succeed during these important games, Jess worked hard during the offseason: she played for a travel team, Capital United, as well as lifted weights and ran. Jess says there are multiple people who have helped her excel in her sport. “My parents have given me endless support with soccer by driving me to games, practices, and tournaments and always being there to cheer me on. My sister Syd always pushes me to be the best I can. Coach Luskin was always there for me the past 5 years, and my travel coach has helped shape me into the player I am today.” In her future, Jess will attend Merrimack College to play Division I soccer.

Jess works hard both in her sport and her academics. Jess has maintained a GPA of 96 throughout high school. Additionally, she has has made the high honor roll every quarter since she was in middle school. Jess’s academic efforts were recognized this Fall when she was inducted into the National Honor Society. Jess says she balances her time between academics and athletics “by having good time management and making sure I prioritize which one should come first.”

Jess’s parents have helped her to succeed in soccer and her academics; “my parents have always inspired me to work hard in school and soccer because of all the support they have given me over the years.” Jess would advise younger athletes “to make sure you’re always having fun and to work your hardest even when no one is watching.” We wish Jess the best as she finishes her senior year and enters Merrimack College.