It was a quiet week in sports for Averill Park. Winter sports practices have begun and in the coming weeks, the regular season for basketball, indoor track, wrestling, bowling, and ice hockey will start up.

Football and boys soccer league awards have been released. For AP football, Nick Marchese, Dan McShane, Joe Milanese, Jack Long, and Matt Morin were all placed on the first team for Section 2 Class A. Mike Minehan, Dominick Paradise, Anthony Childrose, Luke Hemple, Nick Clemenzi, Matt Shoemaker, and James Mooney were all named to the second team. For boys soccer, Joe Sorriento was named to the Suburban Council second team and Eric Schuman was placed on the third team.

Three AP senior athletes signed their letter of intent to continue their sports in college this week. Girls soccer players Jess and Syd Haskin will be competing at the D1 level at Merrimack College, while Kelsey Wood will continue her basketball career at Sacred Heart University.

Make sure to come out and support AP’s winter athletes as games start up. Go Warriors! 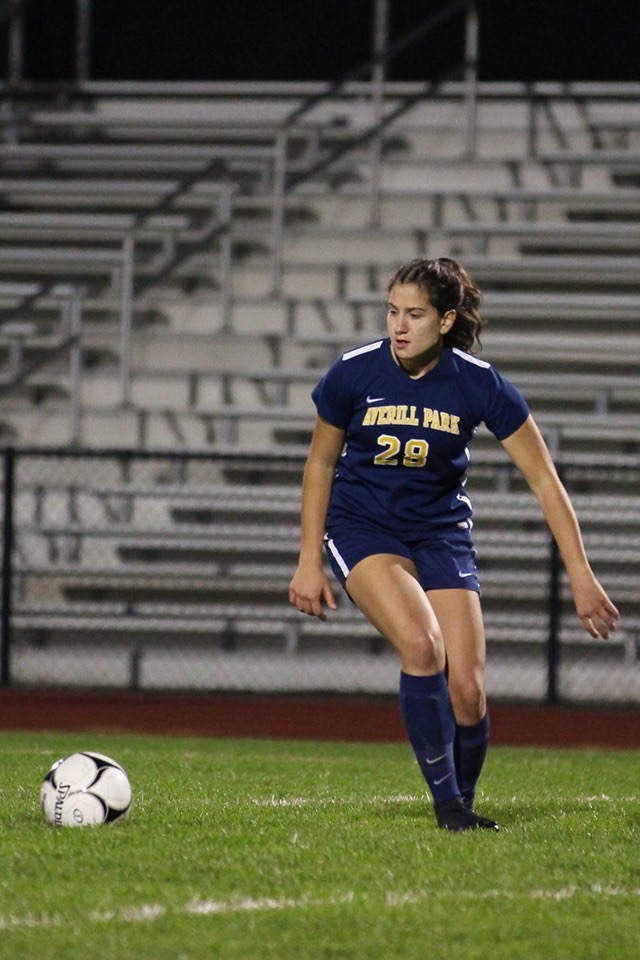 This week’s scholar athlete is Sydney Haskin. Syd is a two-time captain on the Varsity Soccer team. Syd has played soccer since she was five years old when her parents introduced her to the sport through the recreational league. Syd says her favorite aspect of the sport is “being able to do something I love with all my friends.” However, challenges do come with soccer, as Syd says “the hardest part about my sport is having to mentally push yourself through the conditioning and those last few minutes of the game and moving past the tough losses.” In order to ready herself for the challenges that come with the season, Syd lifts weights at least two times a week, as well as plays for a club team called Capital United. Syd’s offseason efforts helped her to succeed, as she helped lead her team to a sectional championship last year. Additionally, was recognized as a part of the Suburban Council First Team both her junior and senior seasons. After high school, Syd will be attending Merrimack College and play Division I soccer. One goal she has for her freshman season at Merrimack is to “get some playing time my first year.”

Syd works hard both in her sport, and her academics. Syd has maintained a GPA of 95 throughout high school. She has also reached the high honor roll every quarter of high school. Syd’s academic efforts were recognized earlier this year when she was inducted into the National Honor Society. For extracurricular activities, Syd participates in Student Government, as well as shadows a first grade class at West Sand Lake Elementary through her career exploration class. Syd says she balances her busy schedule by “getting things done when I have the time to. I know that when I have any free time that I need to use it to focus on my school work and get the things done that need to be done.”

Syd wishes to tell younger athletes “put in the work at home and in the offseason and don’t take any of it for granted because it goes by in the blink of an eye.” Syd would like to thank her parents and Coach Luskin: “I would like to thank my parents for driving me everywhere and coming to all my games and I wouldn’t be where I am today without their support. I also want to thank coach Luskin for all the time and effort he has put into AP soccer and for everything that he has done for me in the past 5 years.” We all wish Syd the best as she completes her senior year and prepares for her first year at Merrimack.