The girls soccer team picked up a big 3-1 victory at Guilderland on 10/20. Maddie Gile, Ali Bendett, and Julia Hanlon each scored in the winning effort while Michaelina Lombardi had a solid performance in goal. On 10/22, Averill Park lost to Shaker 3-0. The girls team faced Shenendehowa on 10/24, losing by a score of 2-1. Gabby Geise scored the Warriors lone goal with an assist by Merry Gaylord. The soccer team will travel to Burnt Hills for their next match on 11/3.

The boys golf team wrapped up their regular season on 10/19 with a 203-265 loss to Niskyuana. Thomas Nero shot a 45 to lead the Warriors. On 10/24, the golf team placed 9th out of 13 teams at the Suburban Council Tournament at Van Patten Country Club. John Durocher led the way for Averill Park with an 88. Josh Durocher, David Mooradian, and Nate Stay shot 90, 91, and 104 respectively.

I will be back next week to report scores and highlights for our Averill Park sports teams. Go Warriors! 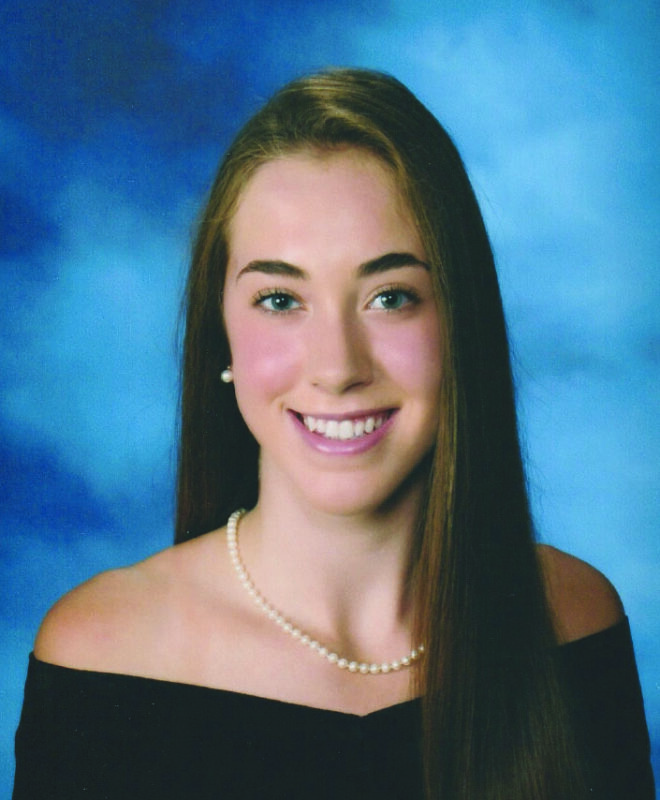 This week’s Scholar Athlete is Emma Burdick. Emma is a captain for the volleyball team, and plays basketball and club volleyball for Cosmic Crush Volleyball Club. Emma has been playing basketball since fourth grade, began playing school volleyball in seventh grade after switching over from soccer, and began playing for volleyball clubs in ninth grade. Emma says her favorite part about volleyball is “to be up at the net and working together with my teammates.” Emma says she runs to prepare for her season, and uses a weight rack at home to ensure she is ready to play. In the past, Emma was the Most Valuable Player for her volleyball team after a tournament, has earned multiple Scholar Athlete awards throughout her multiple seasons, won two sectional tournaments during the basketball season, and has won multiple tournaments with her club team. This year Emma hopes that she will be able to play her season, and is prepared to work hard if the opportunity to play volleyball or basketball arises.

In addition to her athletic success, Emma has excelled academically. Emma has a 4.0 GPA while taking four Advanced Placement classes: AP Biology, AP Calc, AP Stats, and AP Government. Emma is also the president of National Honor Society, a member of the Student Athlete Advisory Committee, a Unified Basketball Student Coach, and is a member of Best Buddies. She also has a job working for the Association for Retarded Citizens (ARC) of Rensselaer County. Emma has been in the Top 5 Students every quarter, and was awarded Section 2 Girls Basketball Scholar Athlete. Emma has excellent organizational skills. To balance her busy schedule, Emma completes work the night it is assigned, and plans her time commitments by writing down all of her assignments in her planner.

Emma stays inspired to work hard by keeping her future goals in mind. “When things get tough, I remind myself how I want my future to look and pick myself back up and persevere.” Emma says her coaches help her excel in her sport because they work hard to make sure the team can perform well. Emma would advise younger athletes to work hard and not give up. Emma would like to thank her parents, coaches, and teachers for helping her succeed throughout high school. Emma plans on going to college to become a veterinarian or physician, and hopes to continue participating in club volleyball and Best Buddies throughout college. We wish Emma the best as she finishes her senior year and prepares for college.