It was an exhilarating week in sports for Averill Park! The girls’ soccer team defeated South Glens Falls 2-0 in a non-league match on 10/8. Senior Syd Haskin assisted both Maddy Gile and Julia Hanlon in the victory. On 10/10 AP won their Senior Night against Troy 4-0. Seniors Lydia Ware and Jess Haskin each scored, and Hannah Ryan kept the clean sheet in the nets for the Warriors. Merry Gaylord and Sophie Schwarz also scored for AP. Up next for the Warriors is a night match at Niskayuna on 10/17.

The football team went on the road and defeated Amsterdam 33-20 on 10/11. Joe Milanese and Dan McShane each recorded two touchdowns and Anthony Childrose added another for the Warriors. AP will take on Shen next on 10/18.

Boys soccer ousted Troy 1-0 on 10/10. Senior striker Keston Holohan scored the lone goal for AP on a Colin Hansen assist. Erik Jeschke had the shut out in the nets for AP. The Warriors will take on Niskayuna in their Senior Night on 10/17 at 7:00 pm.

The girls’ tennis team received the #5 seed in Class A for Sectionals and took on Holy Names on 10/8. AP fell 4.5-2.5 with wins from Sophie Stern and Davis Snyder in singles. On 10/12, AP went 3-0 overall to win the Maple Hill Tournament. The Warriors had strong performances from Julianna Sorriento, Lilly Kronau, Kelly O’neil Knasick, Sophie Stern, Davis Snyder, and Julia Mooradian.

Make sure you come out and support AP’s athletes as their season wraps up. Go Warriors! 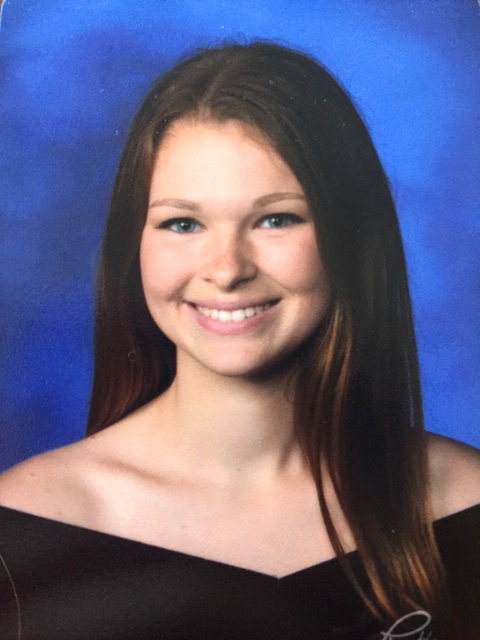 This week’s scholar athlete is Carley Salerno. Carley runs on the Varsity Cross Country, Indoor Track, and Outdoor Track teams. She has participated in cross country since her sophomore year after she joined to run with her friends. Carley’s favorite part of cross country is her team. “It’s so supportive and even though it’s an individual sport, you can always feel the team cheering you on.” Carley says the hardest aspect of running is “the mental game. If you tell yourself that a person behind you is going to pass you, then they’ll pass you. You can’t get into your head or else you’re done.”  This year, Carley hopes that she and her team can outperform their seed in sectionals, just as they did last year when her team came in third in sectionals after being seeded eighth.

Carley is not only successful in her sport, but in her academics as well. Carley has maintained a GPA of 98 throughout high school. Carley has kept this strong GPA through a rigorous course load; this year alone Carley is taking AP Biology, AP Government and Politics, and AP Language and Composition. Carley’s academic achievements helped her to be selected to participate in in HOBY leadership conference and Empire Girls State. In addition, Carley participates in a number of extracurricular activities, including Student Council, Youth and Government, New Horizons club, and is an editor in the Journalism club. Carley says that one of her biggest challenges throughout high school has been time management. In order to keep up with her work, Carley says “I stick to a schedule every day after practice so that I don’t stay up too late doing homework.” In her future, Carley plans to attend college and major in government and law in order to enter a career in foreign service or work for the United Nations.

Carley would like to thank her teammates for helping her succeed in her sports. “They’re always there to cheer me on. My teammates are never afraid to be rough on me when I’m not trying my best, and they always push me harder.” Carley wishes to tell younger athletes “don’t be discouraged. You’re going to have bad days, but you’ll get past them if you just stick to it. Don’t let the physical toll of the sport daunt you; just do your best, and everything will fall into place naturally from there.” We wish Carley the best as she finishes her final season of cross country and prepares for college.