AVERILL PARK – Hello Averill Park Warrior fans! My name is Isaac Joseph. I am a junior at APHS, and I will be reporting on all the scores and highlights for Averill Park Sports. I am a captain of the varsity tennis team at AP.  This school year has started off very unusually amidst the pandemic, limiting us to only a few of the fall sports which include boys soccer, girls soccer, girls tennis, boys & girls cross country, boys golf and our new girls swimming and diving. Football, volleyball and cheerleading have been postponed until March 1st, 2021.

The girls soccer team kicked off their season 10/3 with a 0-0 tie against Colonie. Junior Michelina Lombardi had 6 saves in goal. The girls will face Niskayuna on 10/10 at home.

The boys soccer team had a 0-1 loss in their opener to Colonie on 10/3. They will travel to Niskayuna on 10/10 for their next game.

The girls tennis team won their debut match in a dominating fashion, defeating Schenctady 9-0. The tennis team will see Ballston Spa on 10/9 for their next match.

We continue to cheer on our Warriors and glad that sports are finally back. Go Warriors! 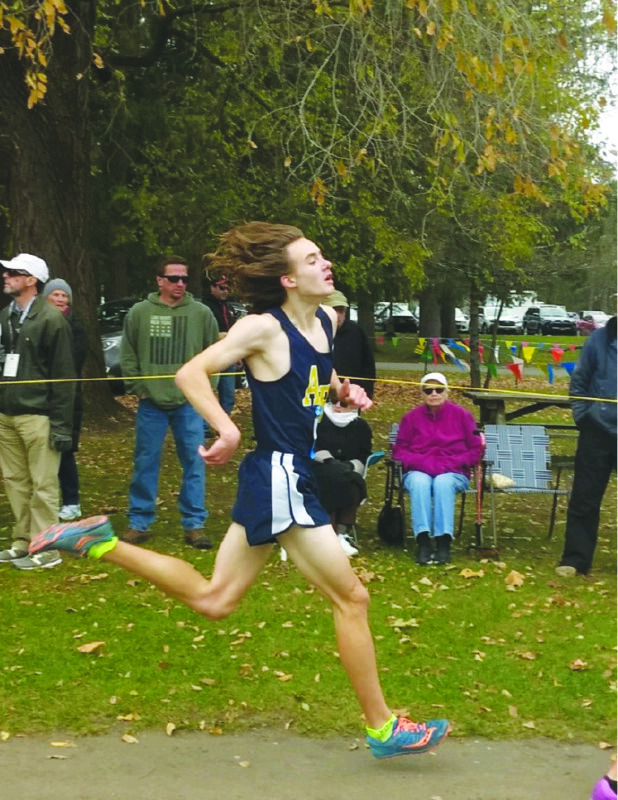 AVERILL PARK – Hi Warrior fans! My name is Tyler Michaels, and I run cross country and play tennis at Averill Park High School. This year I will be recognizing a senior student athlete every week who works hard both on the field and in school.

This week’s scholar athlete is Noah Bonesteel. Noah is a captain for the Cross Country team and runs indoor and outdoor track. Noah began running when he joined the Averill Park Road Runners club in elementary school, and first joined high school Cross Country in eighth grade. Noah’s favorite part of running is the races. Noah says he enjoys “being able to push through the pain to finish a race and being able to improve myself over time.” Noah also likes the sense of community and friendship present on the team and in meets. Noah takes time to prepare for his sport by running over the summer. Noah ran 35-50 mile weeks before the season began, and continues to work hard to improve his time from last year. Noah says the most difficult part of his sport is “pushing yourself to your limits, even when your body is screaming at you to stop.” Noah also says to do well in the sport you need to keep a positive attitude throughout the season, even if you do not run as well as you hoped. Last year, Noah placed 8th at sectionals and qualified for the state meet with a 5k time of 16:21. This year, Noah hopes to win more races and pass the point he left off on last year.

Noah’s hard work is evident athletically and academically. Noah has maintained a 95 GPA throughout high school, even with a rigorous workload. This year Noah is taking three advanced placement classes: AP Language and Composition, AP Government and Politics, and AP Biology. To excel in both school and sports, Noah says he balances his time by focusing on academics when he is at school, and concentrating on running when he is at practice. Outside of school Noah enjoys spending time outdoors hiking and skiing, and is currently working on becoming an Eagle Scout.

Noah says that his coaches, teammates, and parents all help push him to excel, and he would tell younger athletes that “anyone can be a runner if they want to be. It takes time and effort to improve, stay positive and push yourself.” We wish Noah the best as he finishes his senior year and prepares for college.