It was a successful week in sports for AP as each team came away with at least one victory. Girls soccer defeated 1-0 on 9/24. Senior defender Jess Haskin scored the lone goal off of a Syd Haskin corner kick and Sophomore keeper Michelina Lombardi recorded 6 saves to earn the clean sheet. On 9/26, the Warriors defeated Ballston Spa 3-1 behind first half goals from Bryanna Swinson, Delaney Burton, and Julia Hanlon. On 9/26, AP fell to Queensbury 2-0. AP will take on Guilderland on 10/3.

Boys soccer picked up a big 1-0 win against Colonie on 9/24. Senior Joe Sorriento scored the goal for the Warriors off of a Jon Dewolf throw in. Eric Schuman had 8 saves in the shutout. On 9/26, AP fell 2-0 to Ballston Spa. Up next for AP is Guilderland on 10/3.

The football team took on LaSalle in the News 10 Game of the Week on 9/27. Senior quarterback Anthony Childrose rushed for four touchdowns in the victory. Dom Paradise recovered an offensive fumble for the Warriors other score. Junior James Mooney recorded his Section leading sixth interception of the year to aid the Warriors strong defense. The Warriors will look to remain undefeated when they take on Troy on 10/4.

The girl’s tennis team defeated Colonie 8-1 on 9/25. On 9/27, the Warriors were defeated by Niskayuna 5-4. Davis Snyder and the doubles teams of Lily Bursey/Grace Mackey, Maddy Balga/Abbie Jordan, and Sarah Wallace/Lauren Paris all were victorious for AP.

Make sure to come support AP’s athletes in their upcoming events. Go Warriors! 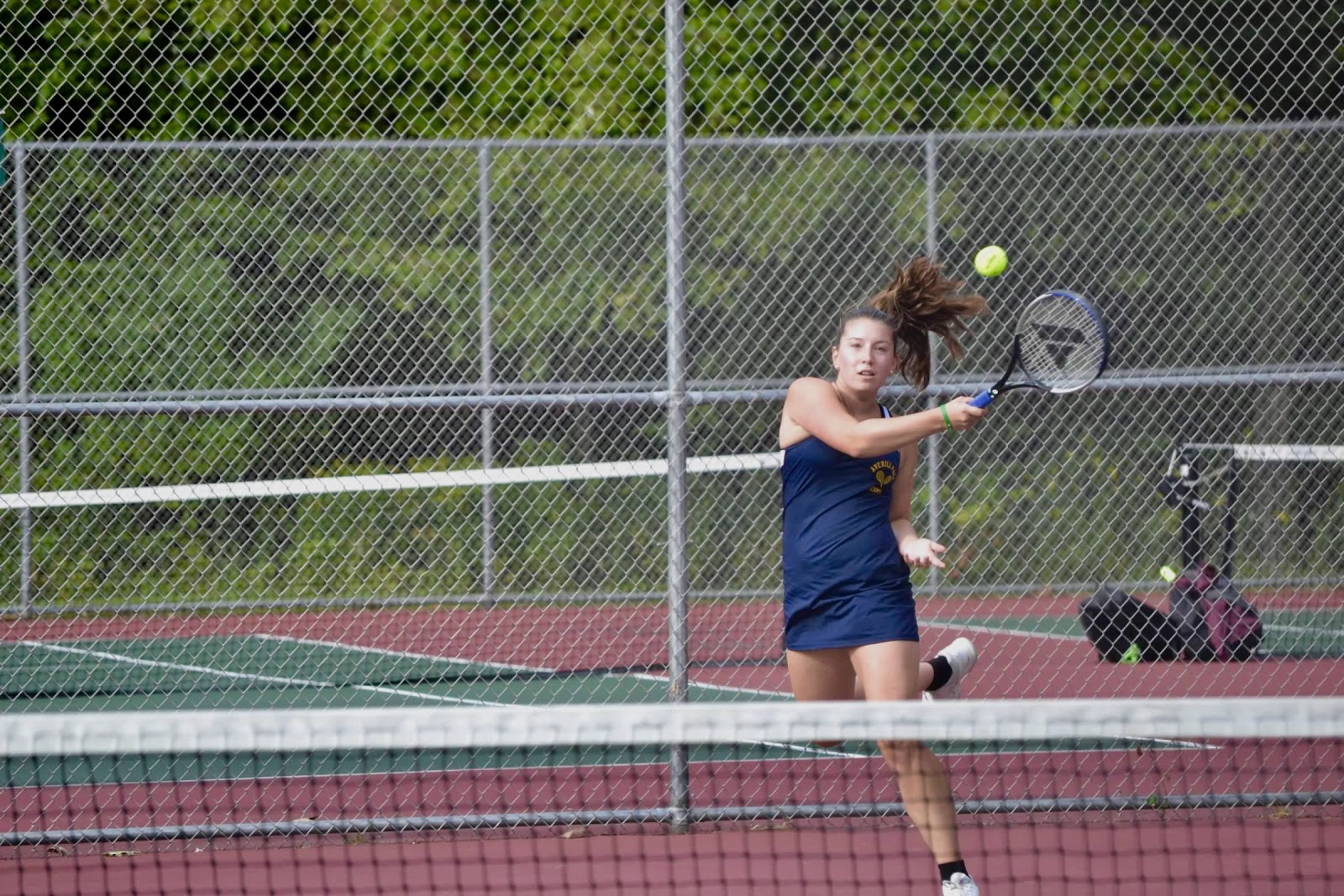 This week’s scholar athlete is Lilly Kronau. Lilly is a captain on the Varsity Tennis team. Lilly began playing tennis during her freshman year and has loved the sport ever since. Her favorite aspect of tennis is “that it is a fast moving game and never gets boring. I love the competition of tennis and I love the feeling you get when you make the perfect shot.” To prepare for her final season, Lilly played in a league outside of school as well as took lessons to improve her stroke. Lilly hopes that her efforts during the off-season will help her and her team to advance further in sectionals. “Both in team and individuals, I believe in my team’s ability to compete and win.”

Lilly works hard both on the court and in the classroom. Lilly has an overall GPA of 98.04 and is in the top 10% of her class. This year, Lilly is taking a rigorous course load that includes AP Biology, AP Government and Politics, and AP English. Lilly is able to balance her school and sports through her good organization. “I use my planner to organize my homework and matches so I always know what my week will look like.” Outside of her academics and sports Lilly is a member and liaison for Youth and Government, a member of New Horizons Club, and editor for Journalism Club. “I love participating in these clubs because they are fun, educational, and an excellent opportunity.”

Lilly says that her parents have helped her to excel in her academics and sports. “They’re hard work has always been a driving force for me.” She also says that her coach, Coach Abbatello, has been a great role model for her. “He has always pushed me to be the best and most humble person in tennis.” Lastly, Lilly would like to thank “two of my best friends, Xander Michaels and Eric Schuman, have always trained with me and pushed me to succeed in tennis.” In her future, Lilly hopes to attend college in order to become a pediatrician. We wish Lilly the best in her senior year as she prepares to enter college.