Hello Warrior fans! My name is Eric Schuman and I am a Senior at APHS. I am on the Varsity soccer and tennis teams at AP, and this is my third year writing for The Advertiser. I will be reporting on all the scores and highlights for Averill Park sports.

The football team faced off against Green Tech on 9/20 and came away with a 45-6 victory to improve to 3-0 on the season. Senior Joe Milanese scored three touchdowns including an 85 yard kickoff return to open the second half. Junior Dan McShane also found the endzone on three long rushes of 42, 65, and 30 yards, respectively. AP will travel to Lasalle on 9/26.

The boys’ soccer team fell to Shen 3-1 on 9/19. Senior Adam Balogh converted a penalty kick for the Warriors after Seth Smith was fouled in the box. On 9/21, AP fell to a strong CBA side 6-0. AP will next take on Ballston Spa away on 9/26.

Girls soccer faced off against Shen in a highly anticipated night game on 9/19 and tied 1-1. Senior Syd Haskin scored the Warrior goal off a Delaney Burton assist. Shen tied it up with a penalty kick at the end of the second half and had many more opportunities, but the Averill Park defense didn’t let up. Up next for AP is a home match against Ballston Spa on 9/26.

On 9/19, the golf team competed at the Suburban Council Tournament and finished in 10th with a team score of 553. David Mooradian led the Warriors with a round of 86 through 18 holes. On 9/20, a single stroke was the difference as the AP defeated CBA 262-263.The Warriors were led by John Durocher with a score of 40. David Mooradian, Josh Durocher, and Triston Lincoln always had big days, shooting a 41, 43, and 45, respectively.

Both the girls’ and boys’ cross country teams defeated Schenectady and Troy but fell to Columbia in a meet on 9/17. Noah Bonesteel led AP with a time of 15:37, and Logan Barsalow won the girls race with a time of 18:18.

Make sure to come support AP’s athletes in their upcoming events. Go Warriors! 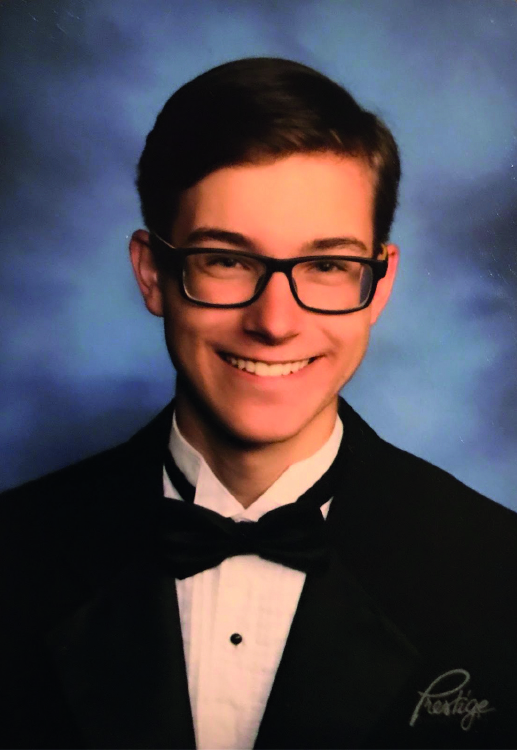 Hello Warrior fans! My name is Xander Michaels and I am a Senior at Averill Park. I play soccer and tennis at Averill Park. This year I will be recognizing a senior athlete each week who demonstrates great work on and off the field.

This week’s scholar athlete is Adam Limoges. Adam is a three sport varsity athlete, competing in Cross Country, Indoor Track, and Outdoor Track. This Fall, Adam is running in his final season of Varsity Cross Country after three years on the team. He began running Cross Country during his Sophomore year because his friends convinced him that he would love the team. Today, Adam loves the team just as his friends said he would. His favorite aspect of the sport is that “I love the team and the feeling you get after having a great race.” There are challenges that come with running distance; Adam says “the hardest part about cross country is when you hit a wall on a long or hard run and you have no choice but to push through the pain.” Adam prepares himself for the challenges of Cross Country by training throughout the summer, so that he is in shape entering the season. This year, Adam hopes his training will help him to run a 5K in under 17 minutes.

Adam works hard not only in his athletics, but in his academics as well. Adam has maintained a GPA of 98 throughout high school, even when taking numerous Advanced Placement and Honors courses. In his Senior year alone, Adam is taking AP Biology, AP Language and Composition, and AP Government and Politics. Adam says his greatest academic achievement was “becoming a National Merit Scholarship Semifinalist meaning I scored in the top 1% of students nationwide on the PSAT.” Additionally, Adam is the Vice President of New Horizons Club, founding President of Science Club, a member of Journalism Club, and a member of Student Council. In his community, Adam is a coach for Averill Park Road Runners.

Adam says his parents and teachers inspire him as they “push me to do well in school and in my sports.” He also says his teammates “help me excel in cross country because they are always pushing me to run my hardest and to put in the effort to get the results.” In his future, Adam is looking to pursue a career in environmental science. We wish Adam the best as he completes his Senior year and enters college.