AVERILL PARK – The most unique year of Averill Park sports came to a close last week in winning fashion. The varsity girls lacrosse team won the Class C sectional title for the first time in program history, beating Scotia 11-8 on 6/15. Seniors Mia Tessitore and Julia Gelder each scored three goals to secure the championship while Ellie Garrison recorded seven saves in goal. Congratulations goes out to the varsity girls lacrosse team on a historic season that AP will boast forever.

This year of AP sports was one like no other we had seen before. So many Averill Park sports teams had tremendous seasons that unfortunately ended in “what ifs” due to sectionals being canceled for the fall and winter seasons. With that being said, things are definitely looking brighter for next year. Best of luck to all the senior student athletes as they move on to bigger and better things. It was my pleasure writing the column this year and I will be back in the fall to report on AP scores and highlights. Until then, Go Warriors! 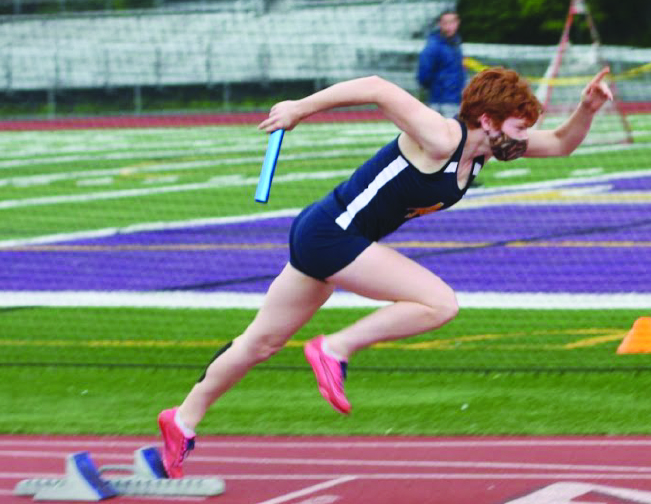 AVERILL PARK – This week’s Scholar Athlete is Fiona Carroll. Fiona is a pole vaulter on the Varsity outdoor track and field team. Fiona also runs hurdles and sprints for the team, and runs for the indoor track and field team in the winter season. When Fiona was in middle school she was on the soccer team, but did not like the animosity she saw between the teams. Fiona’s sister is a very good track and field athlete, so Fiona decided to give the sport a try. Fiona fell in love with it immediately, and has participated in track and field for six years. Fiona’s favorite part about track and field is that you participate both as an individual and as a team. “You are competing to get points for your school while simultaneously competing with yourself. This fosters a comradery among competitors which I have not experienced in other sports. There is no us versus them. We are all battling the clock or our own past marks. Your own satisfaction with your performance is by far the most valuable.”

For Fiona, the most difficult part about track and field lies in the nature of pole vaulting competitions. At a meet, athletes jump over a bar at a certain height. When an athlete makes the jump, the bar is raised until the athlete misses three times at the same height. Therefore, there is no set finish for pole vaulters. Even if the athlete makes it to a new personal height, that same competitor could end the meet by failing to make the next jump. This can lead to a negative mindset, but as a pole vaulter Fiona has learned to accept when she has a bad day. Throughout her high school athletic career, Fiona has constantly challenged herself to jump higher and run faster than she has before. Fiona hopes to continue improving in her sport throughout college.

Fiona excels academically as well as athletically. Fiona has a 99.1 GPA while taking a difficult course load, including four Advanced Placement classes. Fiona is taking AP Studio Art, AP Calculus, AP Government and Politics, and AP Language and Composition. To balance school and sports, Fiona has learned to persevere through her busy schedule. After a full day of school and a difficult workout, Fiona manages to sit down and finish any work she still has to do. Fiona has also had multiple injuries, including broken bones, shin splints, sprains, and muscle injuries. Fiona has realized that it is better not to fight through the pain, but instead identify the cause of the injury to prevent future incidents. In her free time, Fiona makes various different kinds of artwork. Fiona sculpts, paints, draws, and has done leatherworking, photography, and digital art. Whenever an artistic opportunity presents itself Fiona is happy to work with any medium. Fiona is also the president of the International Club and on weekends enjoys teaching survival skills to children at the Flying Deer Nature Center.

Fiona’s role model is her older sister. Fiona’s sister managed to quickly set multiple school records, and inspires Fiona to work as hard as she can. Fiona’s family and coaches also help push her to do her best. Their support and advice has helped enable Fiona’s successes. Fiona would advise a younger athlete that, “it’s ok to fail. It’s ok to false start, foul, or no height. You are young, you have time. Track is not easy, and no one expects you to win without practice. Don’t give up, and I promise you, you will achieve.” Next year, Fiona will be attending Wesleyan University with an undeclared major. Fiona does not know exactly what career she wishes to pursue, but will likely go into the visual arts or sciences. Fiona also plans to participate in track and field in college. We wish Fiona the best as she prepares for college.