Spring sports officially wrapped up this week for Averill Park. The Warriors track athletes of Jamie Cocca, Sophia Morone, and Lydia Ware all competed in the state tournament at Middletown High School on 6/7. Jamie Cocca finished another successful season placing 4th in Division 1 with the shot put (55’4 ¾”) and 2nd in discus (159’). He advanced to the Federation Championships on 6/8 and came in 5th in the discus (159’3”). Sophia Morone and Lydia Ware placed 11th and 14th, respectively, in the 200m to cap off their terrific seasons as well.

With the season over, this is the last article of the year. I will be returning in the fall with more Warrior updates for one final year. Congratulations to all of AP’s outstanding student athletes and good luck to the graduating Seniors that will be continuing their sports in college or elsewhere. 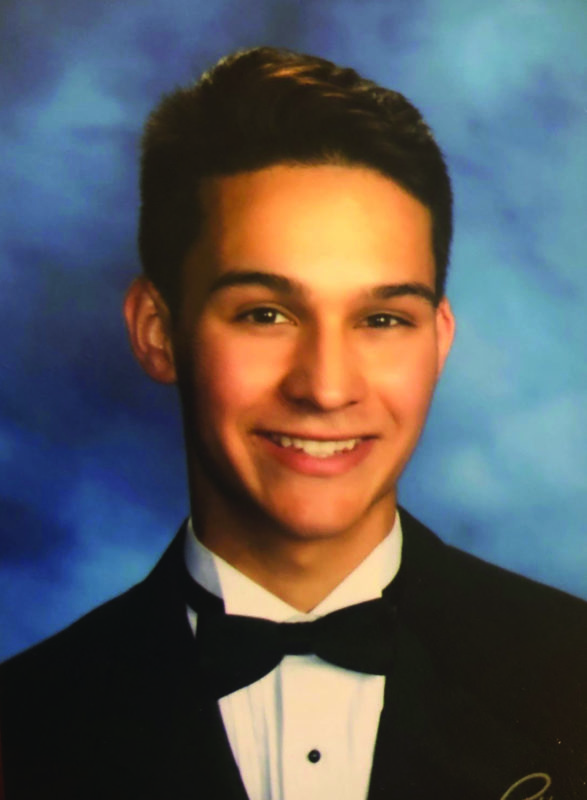 This will be the final scholar athlete article for this school year. Please read again when I come back in September with the newest senior class.

This week’s scholar athlete is Dylan Hansen. Dylan is a singles player on the Varsity Tennis team. Dylan started playing tennis in eighth grade after his older brother introduced him to the sport. His favorite part of the sport is “that it is an individual sport within a team sport. We win and lose as a team but compete individually. It’s also fun to be with good friends every day before practice.” Dylan says the most difficult part is “being able to mentally stay into every point in a match and not getting down on yourself.”

In order to prepare for this season, Dylan and his team practiced hitting on the courts. Their efforts helped them to reach the sectional championship game, a feat that had not been previously accomplished.

Dylan works hard both on the court and in the classroom. Throughout high school, Dylan has maintained a GPA of 92. This year, Dylan is taking challenging courses such as AP biology, statistics, participation in government, and psychology. Dylan’s efforts were recognized last fall when he was inducted into the National Honor Society.

In his future, Dylan will be attending the University of Buffalo in order to pursue a degree in Biology. Outside of school, Dylan works at the Coldstone Creamery.

Dylan says that he has had numerous role models help him throughout high school. “In tennis, Coach Gaetoni has always inspired us with making section champs as our goal. In school, Mr. Reddy and Mr. McPartlin have been my biggest role models. The two have displayed great work ethic and helped me in any way I’ve needed in high school.”

We all wish Dylan the best as he finishes his senior year of high school and enters college.