The softball team lost to Shen 0-12 on 5/17 but turned it around with a 11-7 win over Colonie on 5/21 led by a 3 run homerun and RBI single from Sophmore Maisie Dawson. On 5/22, the softball team won both games of their double header against Ballston Spa. AP won the league game 5-2 off of a three run homer from Abbey Nagel in the bottom of the sixth inning to break the tie. The girls won the second game 7-1, with Maddie Rose pitching the entire game along with a home run from Molly Eaton. The softball team will face Troy on 5/28 for their next game.

The boys lacrosse team held their senior night on 5/20, but fell to CBA. They will travel to Saratoga on 5/27 for their next game.

The tennis team lost to Shenendehowa 0-9 on 5/17. They were able to come away with the big 8-1 victory against CBA on 5/19. Zach Ryan, August Johnson, Chrisitian Romer, Aidan Loucks, and Dom Marrochello won their singles matches and Thomas Nero & Joey Richter, Nate Bourgault & Kyle Millington, and Ben Campbell & Matt Harmer won on the doubles end. On their senior night, the tennis team lost a very close 4-5 match against Colonie on 5/21. They will face Troy on 5/28 for their next match.

The boys track and field team defeated Schenectady 94-71 in their senior night meet on 5/18. In their meet at Colonie High School on 5/22, Senior Noah Bonesteel broke the AP 3000 steeplechase record, finishing with a 10:08.71 time, beating the record by 14 seconds. The track team will compete at Shenendehowa in their next meet on 5/28.

I will be back next week to report Averill Park scores and highlights. Go Warriors! 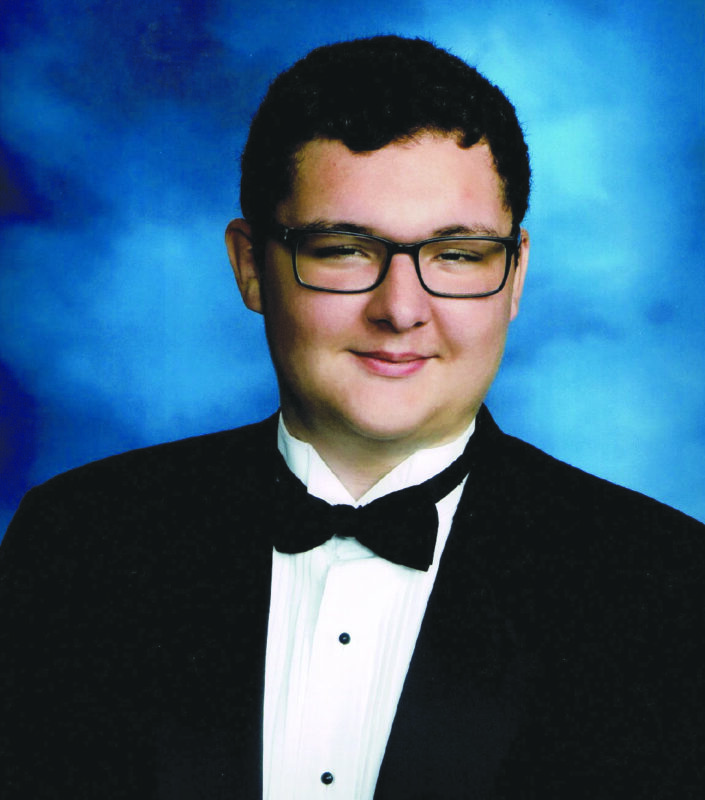 AVERILL PARK – This week’s Scholar Athlete is Aidan Loucks. Aidan is the fifth singles player on the Varsity tennis team. When Aidan and his sister were kids, they took tennis lessons together. Aidan found he truly enjoyed the sport, and he has been playing for the eight years since then. To prepare for his Varsity season, Aidan plays tennis as often as he can. Aidan is in a winter tennis league, which helps him get ready for the spring season. Aidan also tries to play with his friends and family whenever he can. Aidan’s favorite part about tennis is that it is a fun sport which he can continue to play throughout his life. However, truly mastering tennis is the most difficult part for Aidan. “Tennis is fun to pick up but it takes time and effort to get everything just right.” Throughout his tennis career, Aidan has fought his hardest in all of his matches. This year, Aidan sprained his ankle in the middle of a match. Despite his injury, Aidan continued to fight through and play to the best of his ability. Aidan hopes that the tennis team will perform well at Sectionals this year, and recognizes that they have a chance to win it all.

In addition to his successful athletic career, Aidan has excelled academically. Aidan has a 4.0 GPA while taking a rigorous course load. Aidan also received an engineering award this year because he tried his best and focused on a topic he loved. Aidan has also been a member of the robotics club and the coding club for all four years. This year, Aidan is the president of the coding club and is a member of the National Honor Society. To help balance school and sports, Aidan gets as much work done during school so he can focus on practice afterwards. Aidan also focuses on the task he is currently working on. Whether it is athletics or academics, Aidan gives his all to his issue at hand.

Many people have helped Aidan throughout his life, so Aidan does not have one role model. However, the simple thought of winning pushes Aidan to do his best at every practice. Aidan’s different coaches for his school team and winter league help push him to improve in his sport. Aidan would advise a younger athlete never to give up. “Keep practicing the right way. Tennis isn’t hard to pick up, but it is hard to master. Just keep grinding and you’ll do great.” Next year, Aidan is attending the Rochester Institute of Technology to study video game development and design. In the future, Aidan hopes to create exciting games for others to enjoy.