AVERILL PARK – Our spring sports teams had a very successful week of competition.

The baseball team went 4-0 on the week starting off with a 13-3 win against Burnt Hills. Brady Mazzeo earned the win, pitching five innnings. Senior Michael Agro had two doubles, Aidan Mccue had a single and a double to go with two RBIs, and Steve Koval had a huge 3 run double. The boys defeated Bethlehem on 5/12 with an 11-3 final score, and remained hot to defeat Schalmont 11-0 on 5/13. Carter Maxon pitched a no hitter through 5 ⅔ innings to secure the Warriors win. The baseball team wrapped up the undefeated week with a dominating 13-4 win at Albany. The boys team will face Colonie in their next game on 5/21.

The softball team defeated Burnt Hills 3-1 on 5/10 courtesy of senior Mckenzie Swinson’s 2 RBI double in the fifth inning. Ava Faragon also had an RBI in the win while Taylor Schoonmaker got the win in the circle. The softball team fell 1-3 to Bethlehem on 5/12 but turned it around on 5/14 with a big 13-1 win over Albany. Taylor Schoonmaker and Madi Rose each pitched three innings in the winning effort. Abbey Nagel had a three run homer and an RBI double, Riley O’Brien had three hits to go along with three RBIs, and Bella Mahar had two hits to go along with three RBIs. The softball team will face Colonie on 5/21 for their next game.

The boys lacrosse team lost to Burnt Hills on 5/11 but bounced back to pick up their first win of the season on 5/12 with a 13-1 win over Stillwater. Ethan Jamison led the team scoring a hat trick. Caden Jewel, Luke Hempel, and Nick Rogers all had two goals. Jewel and Hempel had one and two assists respectively. Anthony Geraci also had 15 face off wins. The lacrosse team lost on 5/13 to Bethlehem but they look to turn it around in their next game against CBA on 5/20.

The girls lacrosse fell to Burnt Hills 11-17 in a hardfought loss on 5/11. Seniors Julia Gelder and Julia Foster scored five and three goals respectively. Mia Tessitore had a goal and four assists and Ellie Garrison had seven saves in goal. The lacrosse team had a tough 8-21 loss on 5/13 against Bethlehem. Julia Foster scored a hat trick while senior Sophia Stern added two goals in the losing effort. The girls lacrosse team will travel to Niskayuna on 5/20 for their next game.

The girls track team also saw numerous accolades achieved this week. On 4/15, the team of Franki Morone, Lydia Munandi, Maddie Gile, and Logan Barslow set a new school record for the SMR relay, with a 4:20.97 time. Senior Anna Jankovic moved into 5th all time in the high jump, clearing 5’. Senior Lauren Paris moved into 8th all time for discus at AP, throwing a new PR 80’8”. The girls track team will look to break even more records in their next meet at Colonie on 5/22. 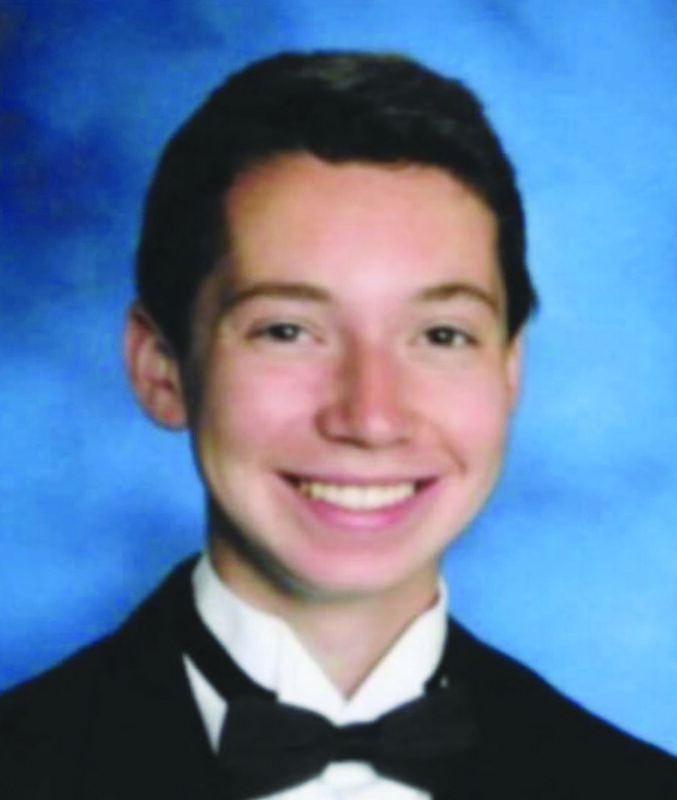 AVERILL PARK – This week’s Scholar Athlete of the Week is Matthew Harmer. Matthew is on the third doubles team for Varsity tennis. Matthew began playing tennis in his sophomore year after seeing his friends enjoy the sport in the previous season. To prepare for his season, Matthew practices with his friends when there is time in their busy schedules. Matthew’s favorite part about tennis is the people on the team, and the new friends he has made through the sport. “There is a great bond that’s made within everyone on the team.” Matthew also enjoys seeing the techniques that he learns in practice carry over to his matches. For Matthew, the most difficult part about his sport is trying to get a perfect serve in every match. ‘Sometimes during a match I get a few great serves but then I fall apart. I need to keep that motivation going and continue through until the match is over. As Coach Gaetani has said before, ‘it’s not over till it’s over.’” In his first match of his first season, Matthew and his partner were still unsure of their skills. Even though they felt outclassed at the time, Matthew and his teammate worked well together and were able to win the match. Matthew is also proud of the times he served an ace against his opponent, especially in his first year on the team. This year, Matthew wants to stay consistent and concentrated in his matches, which he has found is the key to tennis.

In addition to his athletic success, Matthew has excelled academically. Matthew has a 96 GPA while taking on a rigorous course load, including Calculus 1-College, Computer Integrated Manufacturing, and Engineering Design and Development. In Engineering Design and Development, Matthew worked on an invention project that was presented before a panel of administrators and engineers. Matthew is even considering working further on his invention. Throughout his career, Matthew has found that it can be difficult to balance school and sports. Matthew has learned how to meditate and calm his mind to help destress himself and ensure he is never overwhelmed. Matthew is also an Eagle Scout and a member of the National Honor Society. In his free time, Matthew enjoys spending time outdoors and hiking with his family.

Matthew’s grandfather is his role model because he feels inspired to work hard. Matthew’s grandfather started the company Yankee Trails, and would often say “there’s no substitute for hard work.” Matthew tries to live out these words every day, and his grandfather inspires him to continue persevering. Coach Hirschoff and Coach Gaetani have both helped Matthew excel in his sport by teaching him techniques and advice that has brought Matthew to where he is today. Last year, Coach Gaetani even sent out daily quotes while the tennis team lost their season to the COVID-19 pandemic. Matthew would advise younger athletes not to dwell on the past. “Just look at the future and get the next point in the match. The only time you  look at the past is when you want to learn from the past. Just keep looking forward and everything will be alright.” Next year, Matthew will be attending SUNY Geneseo, where he plans to study business and law. While he is not certain what career he wants to pursue, Matthew hopes to discover that at Geneseo. We wish Matthew the best as he finishes his senior year and prepares for college.