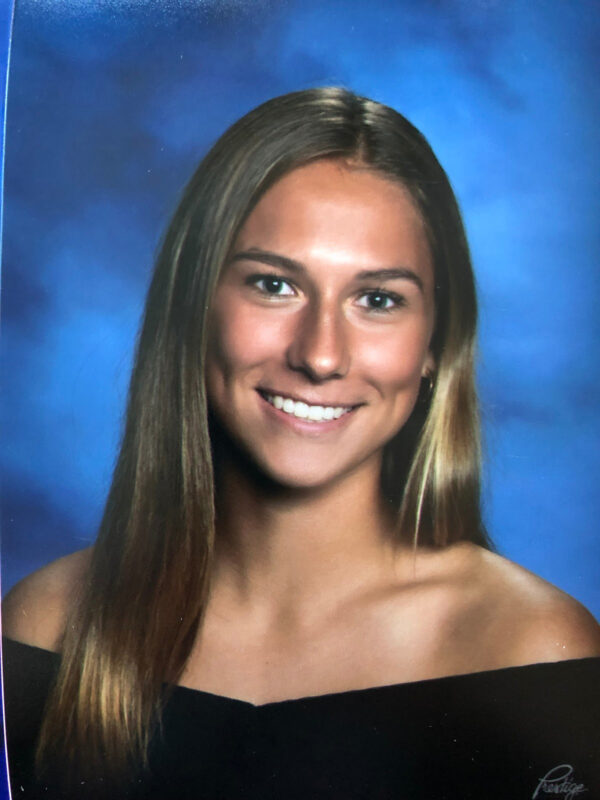 This week’s scholar athlete is Alex VanDerKar. Alex is a two-time captain on the Varsity Lacrosse team. Alex has also played on the Varsity Soccer team since her Sophomore year. Alex began playing lacrosse in sixth grade and has loved the sport ever since. She says her favorite aspect of lacrosse is “its versatility, there’s always new things to teach yourself and improve on.” In order to improve during the offseason, Alex played for Albany Power Lacrosse Club and led practices at 6:00 am for her team. Last year, Alex’s hard work paid off when she was recognized as Suburban Council All-Star Team honorable mention. This year, Alex said she was looking forward to playing her final season alongside her teammates she has played with for many years, as well as have the opportunity to be on the same team as her younger sister. Sadly, Alex will not see the field this year, but she will continue to play at SUNY Brockport in the future.

Alex works hard both on the field and in the classroom. Alex has maintained a GPA of 94 throughout high school. She has achieved this while taking a rigorous course load, including AP statistics, AP government and politics, AP english, the human brain, physics, health. Alex is also a member of the National Honor Society. Alex’s academic achievements were recognized when she received the 2020 Outstanding Student and educator Award- for leadership and academic success. In her future, Alex will be attending SUNY Brockport to pursue a degree in nursing in order to become a nurse anesthetist.

Alex says her greatest role model has been her mother. “My mom has always been the most predominant role model in my life, she’s taught me many valuable lessons that have shaped me into the person I am and always encourages me to be the best version of myself.” Alex also says her teammates and coaches have helped her to succeed in her sport. “Our team is so great because everyone wants to grow and succeed together, I definitely work harder knowing that my efforts aren’t for me but for the team as a whole.” We wish Alex the best as she finishes her senior year at Averill Park and prepares to enter SUNY Brockport.