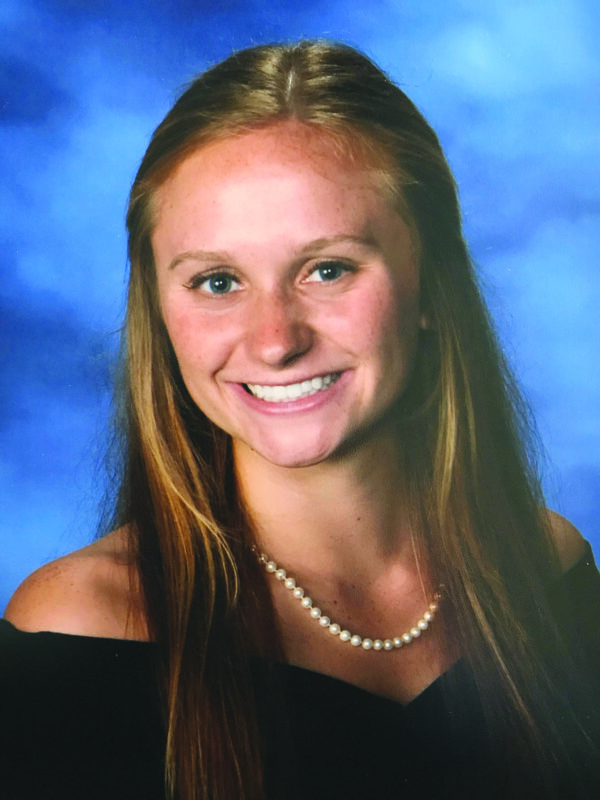 This week’s scholar athlete is Janey Adams. Janey is a captain on the Varsity Lacrosse team and played on the Varsity Soccer team in the fall. Janey began playing lacrosse in sixth grade along with two of her friends. When Janey was in eighth grade, she made the varsity team. Playing at a varsity level this early is no easy task, but Janey was up to the challenge. In order to improve during the offseason, Janey worked out at least five times a week by running and lifting weights, and she played for a travel team,

Albany Power. Janey’s efforts helped her to succeed on the varsity team, even in eighth grade. Janey’s favorite aspect of lacrosse is her team. She enjoys “being able to become so close with new teammates each year.” This year, Janey hoped she and her team could make a run at a sectional title. Hopefully, we will get to see Janey and her team on the field before this year is over. After high school, Janey will continue to play lacrosse at SUNY Plattsburgh.

Janey works hard in school and her sports. She has maintained a GPA of 95 throughout high school. Janey has accomplished this even with a rigorous course load, this year alone she is taking Advanced Placement Biology, Spanish 5, Calculus, Economics, Death and Life in Literature, and Horror History. Additionally, Janey is the Vice President of Student Government, and last fall she was inducted into the National Honor Society. In order to balance school and her sports, Janey says she tries to do work before a game or practice so that she is not overwhelmed at night. In her future, Janey will be attending SUNY Plattsburgh to study nursing.

Janey says her parents are her biggest role models. “They are always there to support me and they’ve shown me who I want to be when I grow up.” Janey would like to thank her coaches for helping her to become the player she is today, as well as her teammates “we are each other’s biggest fans.” We wish Janey the best as she finishes her senior year at Averill Park and prepares to continue her academic and athletic experiences at SUNY Plattsburgh.