There was plenty of AP sports action to precede the Easter holidays. The boy’s tennis team won two of their three matches this week, beginning with a 9-0 victory over Colonie on 4/16. On 4/17, they fell to Saratoga 7-2 with wins coming from Xander Michaels in singles and the doubles team of Logan Bielawski/Ryan Baker. On 4/18, AP defeated Ichabod Crane 5-2 in a non-league match. Eric Schuman, Tristan Shelhamer, Brian Bourne, and the doubles teams of Logan Bielawski/Ryan Baker and Nico Donvito/Keston Holohan all picked up wins for AP.

AP’s baseball team also took two of three games this week. They defeated Colonie 3-1 on 4/16 behind a seven-strikeout pitching performance by Anthony Childrose. On 4/17, AP lost to Saratoga 4-2. They bounced back with a 7-0 win against Saugerties on 4/18. Avery Pascucci got the win on the mound for AP and recorded nine strikeouts. AP will next take on Shen away on 4/26.

AP’s softball team shutout Colonie 7-0 on 4/16. Jadyn Lee pitched a complete game and was backed by Ava Faragon and McKenzie Swinson, each of which homered for the Warriors. AP followed up this win with another against Saratoga on 4/17 by a score of 12-6. They will next take on Shen away on 4/26.

Boy’s lacrosse crushed Schenectady 18-4 on 4/15. Will Fleming led the team with 2 goals and 7 assists. Aidan Jones also tallied 6 goals and Ethan Jamison added 4 more for AP in the win. On 4/16, the Warriors fell to Saratoga 15-4. Chris Kalinowski scored 2 goals for AP in the loss. On 4/18, AP lost to Burnt Hills 21-4. Will Fleming scored twice for the Warriors in the contest.

Girl’s lacrosse fell to Niskayuna 17-7 on 4/15. Julia Foster and Anita Reitano each scored twice for AP in the match. On 4/16, the Warriors fell to Saratoga 13-6. They finished the week with a close 13-11 loss to Burnt Hills. Anita Reitano led the way for AP with 5 goals and Alex VanDerKar tallied a goal to go along with 7 assists. AP will take on South Glens Falls away on 4/26.

Make sure to support AP’s athletes in their upcoming games. Go Warriors!

This week’s scholar athlete is Jadyn Lee. Jadyn is a captain on the Varsity Softball team. Jadyn has played softball since she was in second grade, when she switched to the sport after

playing baseball for two years. Jadyn’s favorite aspect of the sport is “the bonds that I form with my teammates and the great memories that I will carry with me forever.” Yet, she says the most difficult part of the sport is “being able to come back from a loss and staying mentally tough throughout each game.”

This year, Jadyn has her eyes set on winning the state title. She and her team have won the sectional championship the past two years. She believes the team can accomplish even more as she says, “I would love to win a state title my senior season.”

In order to prepare for the season, Jadyn worked with her pitching coach during the Winter in order to improve her technique and perfect different pitches. Hopefully, Jadyn’s efforts can help her team to win another sectional title and make a run in the state tournament.

Jadyn does not only work hard on the field, but in the classroom as well. Jadyn has maintained an average of 94 through high school. This year, Jadyn is taking Engineering

Drawing and Design (EDD), Statistics, Economics, and Forensics. Jadyn’s hard work was recognized last Fall when she was inducted into the National Honor Society. In the future, Jadyn will attend the New York Institute of Technology (NYIT), and major in Electrical and Computer Engineering; as well as play softball at the Division II level.

Jadyn does not only contribute her successes to her own efforts but to the help of others as well. She says, “I would like to thank my pitching coach, my school and travel coaches, my parents and my brother for always pushing me and helping me to excel.” Jaydn says her parents have been her biggest role models in her life. “My parents inspire me to work hard and strive to do my best both academically and athletically. I would like to thank them for bringing me to all of my softball games, practices and pitching lessons over the years. They are both my biggest fans and role models.”

We wish Jadyn the best as she ends her senior year and enters college. 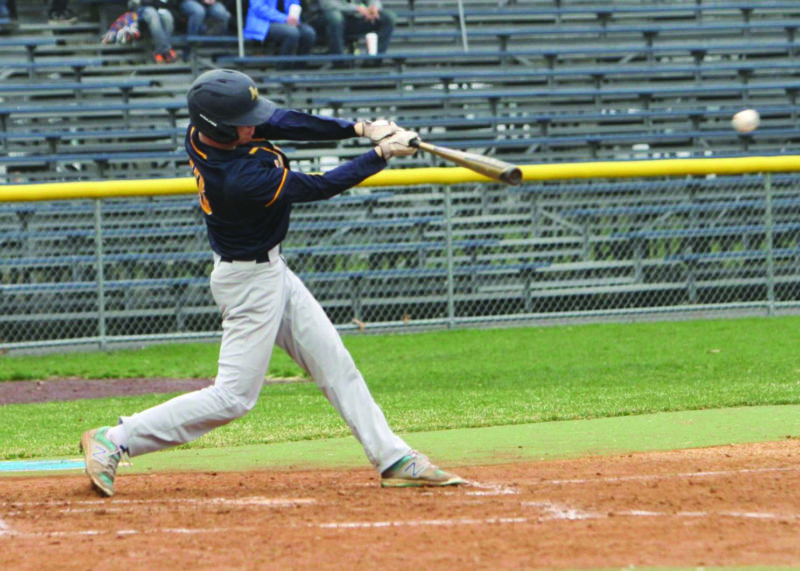