This week was a ride of emotions for AP’s athletes. It started off on a high note as girls basketball demolished Franklin Academy 73-28 in the first round of the NYSPHSAA tournament on 3/10. Kelsey Wood led AP with 17 points and Amelia Wood put up 11. Anna Jankovic also reached double digits with 10 points. The Warriors were supposed to move on to the regional final against CBA Syracuse but due to the recent spreading of COVID-19, the rest of the NYSPHSAA tournament has been put on hold. Although not officially canceled, the remaining games have been postponed for an indefinite period of time. The news was devastating for the girls basketball team as they were just a few wins away from a State Championship.

The Coronavirus is wreaking havoc on spring sports as well. Spring practices just started up this week, but Section 2 has postponed any games or scrimmages until April 19th. The impacts of the Coronavirus have been calamitous for sports fans everywhere, affecting collegiate and professional seasons as well. There still remains a sliver of hope for AP’s athletes as no games have been canceled just yet, but the unpredictableness of the Coronavirus has made it difficult to foresee what the future holds. 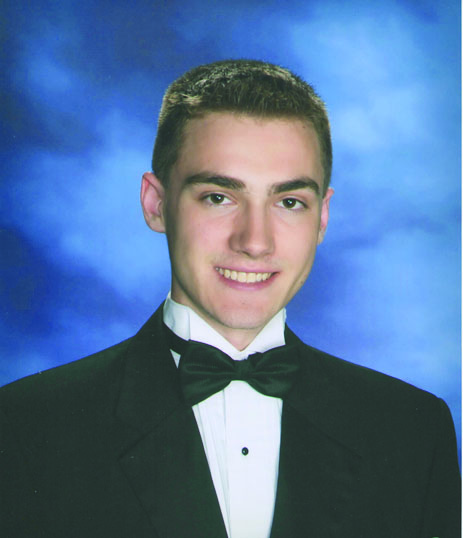 This week’s scholar athlete is Max Willson. Max is a captain on the Varsity Tennis team. Max began to play tennis during his freshman year. He quickly fell in love with the sport, and continued to play throughout high school. Max’s favorite aspect of tennis is the strategy that comes with the game. He says you must be focused and use strategy in order to succeed during a match. However, this technical aspect of the game can be difficult. Max says “for each shot you have to decide correctly where and how you are going to play it in less than a second.” In order to prepare himself for the season, Max took tennis lessons and played on a Junior Team Tennis (JTT) team during the summer and winter. Last year, Max’s hard work was recognized when he received the Most Improved Player Award at the tennis banquet. This year, Max hopes he and his team can win the sectional title.

Max’s efforts continue off of the courts and into the classroom. Max has maintained a GPA of 97 throughout high school. This year, Max is in the STEM New Visions program and he returns to the high school on a regular basis to take Engineering Design and Development. Outside of his classes, Max is the president of the robotics club and treasurer of robotics. Max’s academic efforts led to his induction into the National Honor Society last Fall. In his future, Max plans to study electrical engineering and play tennis at the U.S. Air Force Academy. Afterwards, Max plans on working with electrical systems for the Air Force.

Max says his coaches have helped him excel in his sport. “My coaches (Coach Gaetoni at APHS and Coach Howie at Tri City Fitness) have spent a lot of time with me and helped me get a lot better in the past few years.” He would also like to thank his parents, since they have “been very supportive and are the reason I am able to take lessons and play all year long.” Max wishes to tell younger players that “tennis is harder than it looks and is very mentally and physically demanding, you have to put in the effort and time in practice to succeed.” We wish Max the best as he finishes his senior year and prepares to join the Air Force.