Winter sports officially came to a close for Averill Park as the girls’ basketball team fell to Jamesville-Dewitt in a sub-regional game on 3/5. The win didn’t come easy for Jamesville-Dewitt as AP came from behind and finished the fourth quarter on a 13-0 run to send the game into overtime. In the end, the Warriors would lose 65-60.

Kelsey Wood and Olivia Kelly led the team in scoring, with 16 and 17 points, respectively. Wood finished the game with 20 rebounds and was a crucial part of the Warriors comeback, scoring 10 in the last five minutes of regulation.

Despite the loss, AP had a season to remember, finishing 21-3 while playing in the most competitive league in the section.

This week’s scholar athlete is Anita Reitano. Anita is a two-time captain of the Varsity Lacrosse team. Anita began playing lacrosse on a team in fourth grade when she joined the

Averill Park Youth Lacrosse Program, but Anita has been playing lacrosse her entire life after her sister and father introduced her to the sport. “I remember passing the ball around with my sister and dad in our backyard at just 4 years old. Those moments will forever be one of my favorite memories growing up.”

Anita has been a starter on the Varsity Lacrosse team since she was in eighth grade. This year, Anita hopes to help bring her team to their full potential. She is doing this by organizing extra practices which include drills and team bonding; these are in addition to the official Varsity team practices.

Anita continues her hard work off the field and in the classroom. Throughout high school Anita has maintained a GPA of 95. This year, Anita is taking numerous challenging courses including Physics, Calculus, Advanced Photography, and Psychology. Additionally, Anita is very involved in the art department at Averill Park, as she loves painting, drawing, and

photography. Last Fall, Anita was recognized for her academic achievements when she was inducted into the National Honor Society. In her future, Anita will be attending SUNY Potsdam

to continue both her academic and athletic careers. There, Anita will pursue a degree in Childhood Education in the honors program and will also play on the lacrosse team. Later, Anita hopes to become an elementary school teacher and wants to one day coach lacrosse.

For Anita, lacrosse is more than just a game, it is an opportunity to create special moments with her family. “I have so many memories of playing lacrosse with my dad, going to

college games and creating a common interest and bond that we will have forever.” Anita would like to thank her parents and sister for helping her throughout her life. “My parents have inspired me to set goals and work hard. I was taught from a young age that hard work pays off and with a

good mindset you can achieve anything. My biggest role model in life is my sister, Emma. I always have looked up to her from a young age.”

We wish Anita the best as she begins her studies at SUNY Potsdam next August. 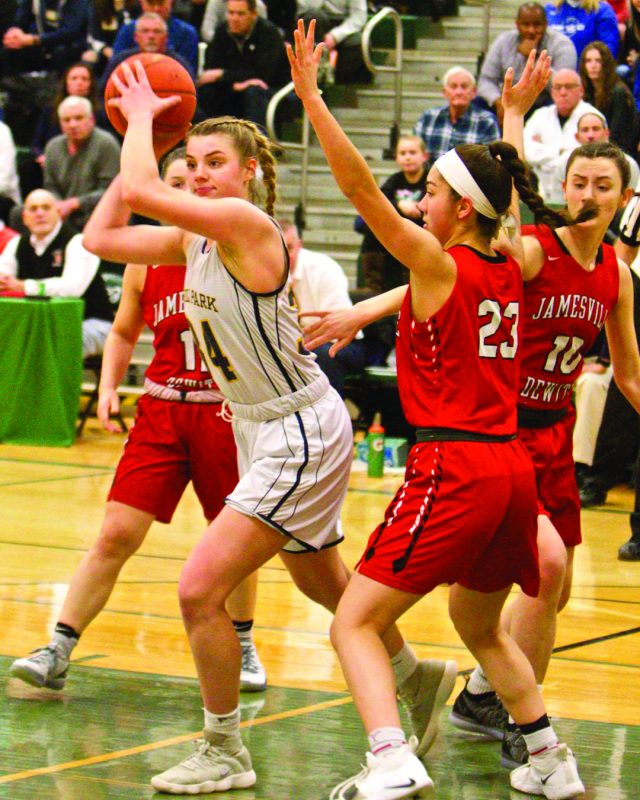