The girls’ basketball team defeated Ballston Spa 66-36 on 2/21 to advance to the Class A semi-finals. Leading scorers in the game for AP were Anna Jankovic, Kelsey Wood, and EmmaLee Morgan, with 15, 13, and 10 points, respectively.

Boys’ basketball took on Mohonasen on 2/24 in their first round of sectional play. They fell in a tight 62-57 game. Zach Price scored 22 points and Thomas Hacker recorded 16 in the loss.

The boys’ and girls’ indoor track teams competed at sectionals on 2/17. The girls’ team finished 2nd in their group and Lydia Ware won the 300m dash with a time of 42.33. The boys’ team came in 4th place in their group. Jamie Cocca finished 1st in the weight throw with a throw of 64’ 2 ½”. Michael Beskid, Kevin Bryant, Jesse-Crawford Harris, and Matt Dejulio won the 4x400m relay for AP as well, finishing with a time of 3:47.65. Zach Hotaling, Jamie Cocca, and Lydia Ware all qualified for the State Championships.

Sean Malenfant and Nik Koch represented AP at the State Tournament for wrestling on 2/22. Koch won his first match 13-3 before losing in the quarterfinals 10-5. Malenfant fell 4-3 in his first-round match.

I will be back next week with more Warrior updates! 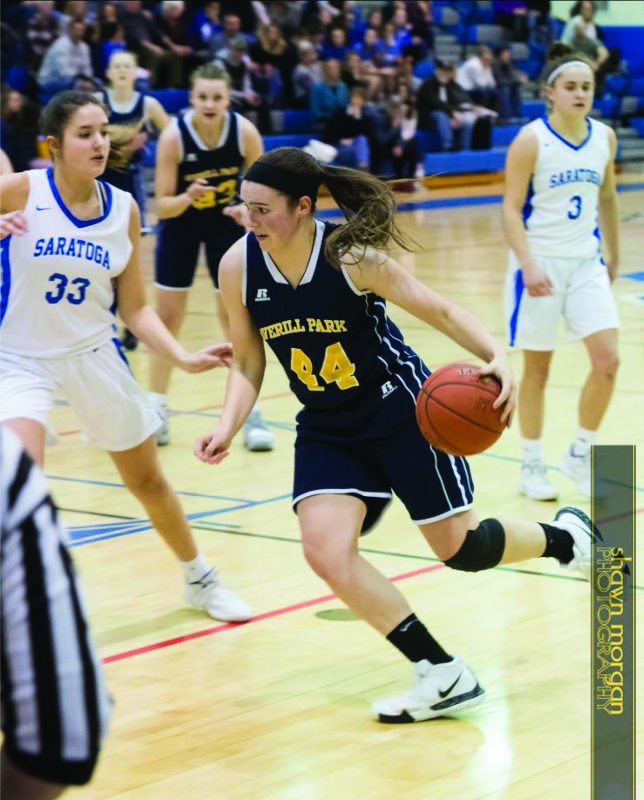 This week’s most dedicated athlete is Olivia Kelley. Olivia is a captain on the Varsity Basketball team. She has played the sport for thirteen years after her father first signed her up to play when she was five years old. Varsity level basketball consists of a long season spanning over five months. For some, this season length appears dreadful, but Olivia loves the opportunity to spend this time with her teammates. Yet, even five months of basketball is not enough for Olivia as she plays AAU basketball during the offseason.

For her senior year, Olivia has her goal set on winning the sectional title. Yet, Olivia is not unfamiliar to this feat. Through her two sports, softball and basketball, Olivia has totaled six sectional titles, and hopefully she will add a seventh victory this year.

Not only does Olivia work hard in basketball, her efforts are mirrored in softball. During the offseason, Olivia plays on a travel softball team and undergoes running and lifting workouts. Olivia’s efforts have shown in her successes between her two sports, and we all hope she continues to add to her sectional victories this year.

Not only are Olivia’s efforts seen on the court, but in the classroom as well. Through her time in high school, Olivia has earned a GPA of 85 on the honor roll. Olivia has learned that “time management is key for balancing school and sports and understanding that your schoolwork comes first.” In her future, Olivia plans to pursue a degree in criminal justice and play division three basketball.

Olivia does not attribute her successes to her own efforts. She says, “my family for sure helps me excel; they’re my biggest support system, they’re at every game.” Additionally, Olivia says “my role model is Elena Delle Donne, she plays for the Washington Mystics and I’ve always looked up to her.”

We all wish Olivia the best as she begins her college experience and plays at the collegiate level. 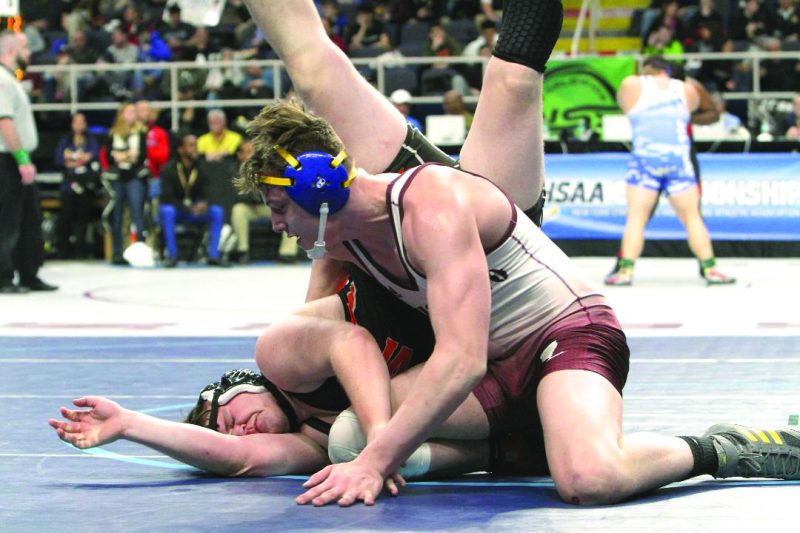 Averill Park Junior Nik Koch (white top) in action Friday, Feb.22nd, at the Times Union Center in Albany. Nik won this preliminary match from the NYS wrestling Championship 13-3. Unfortunately, he would lose his next quarterfinal match 10-5. Congratulations to Nik on a great season 29-2!