It was another exciting week in sports for AP as sectional play continued. The indoor track and field team had their Section 2 Championships on  2/17. The girls 4x200m relay team of Marissa Mazzacco, Abigail Wicks, Caryn Zimmerman, and Lydia Munandi placed 1st overall in Group 2. For the boys, the 4x800m relay team of Aiden Millington, Adam Limoges, Noah Bonesteel, and Austin Millete also placed 1st in Group 2.

Boys basketball picked up a big 58-51 win over Troy on 2/18. Ben Romer scored a team high 16 points in the win. Michael Re and Vinny Carucci each added 12 for AP. The Warriors got the #2 seed in Class A and will take on either Troy or Scotia on 3/1.

Girls basketball fell to Shen 73-62 on 2/17. AP was led by Anna Jankovic with 22 points and Kelsey Wood with 13. The Warriors received the #2 seed in Class A and will host either South Glens Falls or Mohonasen on 2/27.

Make sure to come out and support AP’s remaining winter sport teams in their sectional playoffs. Go Warriors! 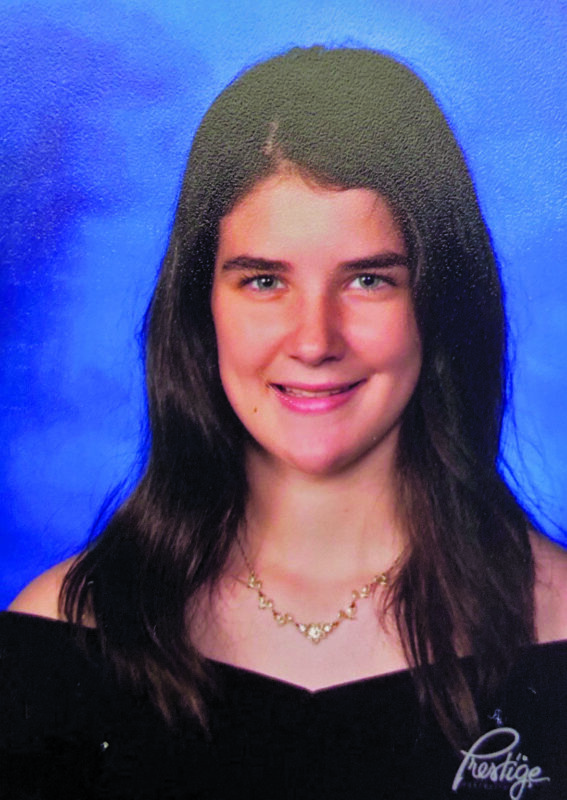 This week’s scholar athlete is Kelly O’Neill-Knasick. Kelly is on the Varsity Indoor and Outdoor Track teams. In her sports, Kelly participated in running, hurdles, pole vault, and throwing events. Additionally, Kelly played on the Varsity tennis team in the fall. Kelly began track during the spring of her freshman year. She leaned towards pole vaulting since the coach, (Coach Abbatello,) is also the coach for the Varsity and one of Kelly’s mentors. Kelly’s favorite aspect of pole vaulting is the complexity of the sport. She says “there are so many different parts to achieve the perfect jump that it never gets boring.” During the offseason, Kelly remains active and stays in shape, and she attends a pole vaulting club outside of school. For her final season, Kelly hopes to compete in sectionals for outdoor track and clear 9’ in pole vault. In the future, Kelly will be attending SUNY Albany where she plans to pole vault at a Division I level.

Kelly works hard both in her sports and school. Kelly has maintained a GPA of 93 throughout high school. This year, Kelly is taking a variety of courses such as Physics, Calculus, Concert Band, Jazz Band, and Treble Choir. In order to balance school and her sports, Kelly says “I get my school work done whenever I have down time in school. Getting homework out of the way so I can focus all my energy on vaulting is key.” Last Fall, Kelly’s academic efforts were recognized when she was inducted into the National Honor Society. In her future, Kelly will be attending SUNY Albany on a pre-med track to later go to medical school to be a trauma surgeon.

Kelly says her role model is Coach Abbatello. “He truly believes in each and every one of us.” Additionally, Kelly wishes to thank her parents for their support. “My mom pushed my siblings and I to do a sport all year round and I am thankful for that. My parents support all three of us, even if there was a girls varsity soccer game, boys jv soccer game and tennis match going on all at the same time.” We wish Kelly the best as she finishes her senior year and prepares for SUNY Albany.