AVERILL PARK – Hello Warrior fans. As our boys and girls bowling teams wrapped up their seasons last week, our boys basketball team was able to play their first game over the weekend. All other winter sports are up and running, including girls basketball, wrestling, and hockey having games played this week.

The boys basketball team lost their season opener to Niskayuna on 2/13 by a score of 62-30. The game remained close at first, with the teams being tied at 23 at the half. Niskayuna pulled away in the second half, with a 33-2 run to close out the game. Seniors Nick Clemenzi and Ben Romer scored 9 & 8 points respectively in the losing effort. The boys team will face Burnt Hills in their next game on 2/18.

The boys bowling team lost 2-3 on 2/8 versus Columbia. Hunter Willett had a 286 high game and Joe Minehan had a 241 high game. Evan Coon also bowled a 234 high game and 673 career high triple for the boys team. On 2/10, the bowling team lost to Burnt Hills 4-1. Parker Brown had a 678 high series & 278 high single, while Jacob Keller had a 672 high series & 244 high single in the loss. The boys team was able to pick up a 5-0 win against Troy on 2/11. Parker Brown bowled a 718 triple and 289 single to lead the Warriors, while Mike Angrisano contributed with a 608 triple along with a 243 single from Jacob Keller. The boys bowling team wrapped up their season on 2/12, placing 5th out of 15 teams in the Suburban council tournament, knocking down a total of 3,577 pins. Senior Paker Brown led the boys team, bowling a 691 triple along with a 267 single. Mike Angrisano had a 239 single, Hunter Willett had a 237 single, and Evan Coon had a 232 single. Congratulations to our AP boys bowling team on a fantastic season! 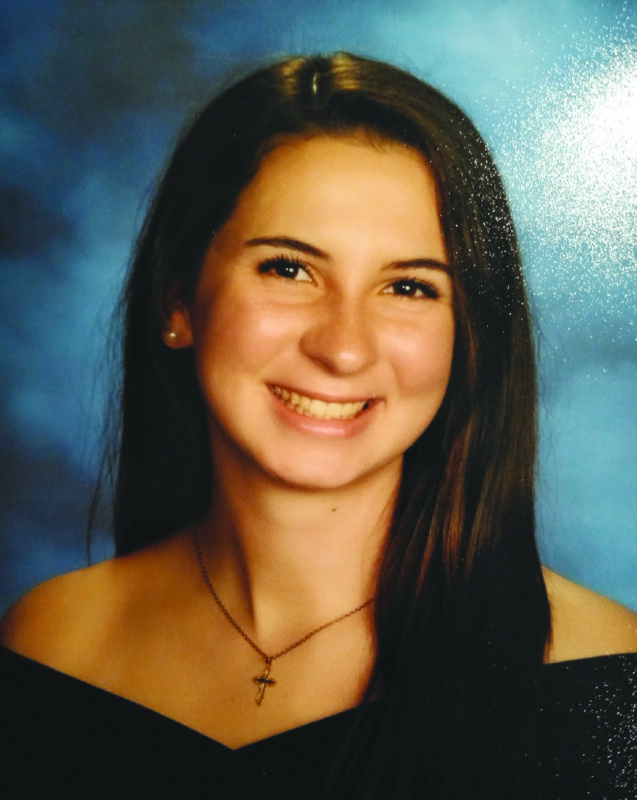 AVERILL PARK – This week’s Scholar Athlete is Emily Clark. Emily runs on the Cross Country team. Emily began running in sixth grade because she felt it would be a good sport to participate in without injury. Although Emily did get injured, she enjoyed the sport enough to stay with it. Emily has now been running for six years. To prepare for her season Emily runs on her own over the summer. Emily said her favorite part about her sport is improving and hanging out with her teammates and watching them improve. However, the mental aspect of running can be very challenging. “The hardest part is the mental factor of wanting to stop or go slower when you know your body can do more, but really just doesn’t want to.” Last year, Emily was awarded the Most Improved Runner for the team. Even though Emily wasn’t the fastest, she began to enjoy running more that year, and managed to shave minutes off her time with a newfound motivation. Emily finished her final season at Averill Park, but hopes to continue running in the future with friends or at local races.

While Emily succeeds athletically, she also excels academically. Emily has a 92.44 GPA while taking a rigorous course load. This year Emily is taking three Advanced Placement classes: AP Bio, AP Statistics, and AP Government and Politics. Sometimes Emily particpates in Off Broadway Players, and has been in a few of the school shows. Emily is also a member of the National Honor Society. To help stay sharp in school and sports, Emily ensures she gets enough sleep. She also keeps a positive attitude, which blsters her motivation and happiness.

Emily’s role model for cross country is the girl who was captain of the team in Emily’s freshman year. “I always think of how she was so nice, always herself, and alway trying her best. She was such a kind person and I try to be the role model she was for me to the younger members of the team now.” Emily’s teammates are also always supportive, and they help keep each other going when days are rough. Emily would advise younger athletes that “it’s definitely not always great and you can’t always make it better.” However, with a positive outlook Emily continued to say “a lot of the time it is great, but only if you make it great.” After high school Emily plans on going to Hudson Valley Community College where she will major in biotechnology. Emily plans on working with biology in the future, possibly pharmaceuticals. We wish Emily the best as she finishes her senior year and prepares for college.