It was another exciting week for AP sports!

The girls’ basketball team defeated Troy in a 70-35 blowout on 1/15. Kelsey Wood scored 27 points to lead AP in the contest. EmmaLee Morgan added 10 more for the Warriors. AP will next take on Bethlehem at home on 1/25.
Boys’ basketball fell to Troy on 1/15 by a score of 54-44. Zach Price recorded 20 points for AP in the loss. On 1/18, AP fell to CBA 65-57 in a tight overtime match. Price scored 23 points for the Warriors and Thomas Hacker pitched in with 10. Up next for the Warriors is an away match at Bethlehem on 1/25.

AP’s wrestling team fell to Burnt Hills 51-27 on 1/17. Sophomore Sean Malenfant picked up his 100th career win for AP in the outing.

The Capital District Jets hockey team lost to Schenectady/ Niskayuna 6-2 on 1/18. AP senior Tristan Shelhamer recorded an assist for the Jets in the loss. On 1/19, the Jets fell to LaSalle 8-0. The Jets will next take on Shen on 1/25. 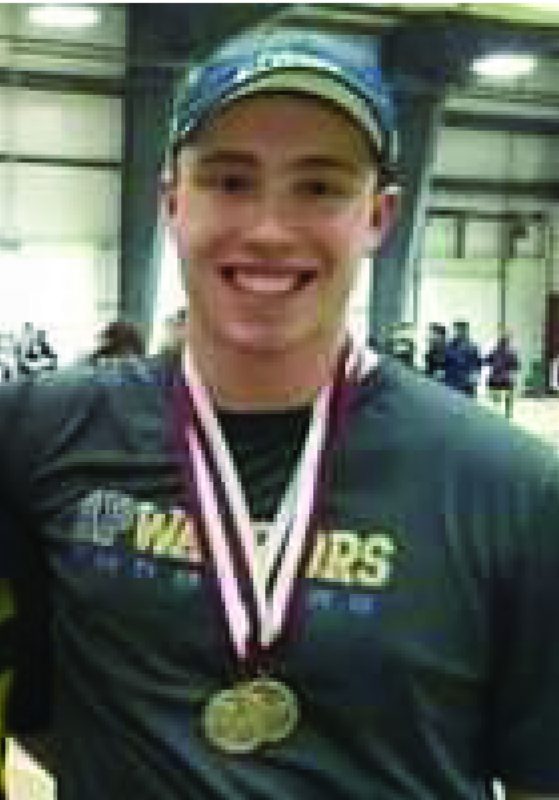 This week’s Most Dedicated athlete is Jamie Cocca.

Jamie is thrower on the Indoor and Outdoor Varsity Track teams. Jamie started his track career in fourth grade, and he has loved it ever since. In seventh grade, Jamie began to compete at a high school level. Jamie’s love for track is seen in his efforts outside of the school team. During the offseason, Jamie practices his throws and lifts weights. Along with this training, Jamie participates on a throwing team called the Cocca-nut throwers. Not only is Jamie a thrower in track, he also competes as a sprinter and a long jumper. This year, Jamie hopes to participate in a pentathlon. This is an event where a person competes in five separate events: hurdling, high jump, long jump, shot put, and a flat race. Jamie most enjoys the opportunity to challenge himself. “Unlike most other sports, in track it doesn’t matter how well you do compared to everybody else, it matters how you do personally.” Jamie has worked hard to compete to the best of his ability. His efforts were rewarded when Jamie won third place at states during his Sophomore year in Outdoor Track. This year, Jamie hopes to win states in weight throw for indoor track as well as win discus during the outdoor season. Jamie does not only attribute his successes to his own efforts, but to those around him as well. Jamie says his coaches encourage him and push him to do his best. Additionally, his parents and his friend, Marty Bond, have been Jamie’s greatest supporters throughout his career. Jamie says his role model is Mr. Keegan. “He is the outdoor throws coach and he is not only a great coach but a great person as well.” After high school Jamie hopes to continue to compete at a collegiate level. Jamie hopes to become a Health and Physical Education teacher.

We wish Jamie the best as he continues his career into the college campus.

With the arrival of the grind of the final month of the season, the Averill Park Wrestling team participated in the Schenectady Invitational. Featuring a large 19 team field, the Warriors had a stellar showing, finishing in second place as a team.

Nik Koch, Andrew Lee and Sean Malenfant led the way as champions of their respective weight classes. Also turning in impressive performances were Michael Clark and Anthony Dutcher, who came in second and third respectively.
Next the Warriors traveled to Burnt Hills, where they were dealt a tough loss by their divisional rivals. The highlight of the Dual was AP welcoming one of their own to the rarified air of the 100-win club. The 100-win club in high school wrestling is a special honor. Just like 1,000 points in basketball or 100 goals in soccer, 100 wins on the mat is the gold standard that wrestlers try to reach before the end of their high school career. With that in mind, we’d like to recognize Sean Malenfant for reaching this milestone as a sophomore! Congrats Sean and good luck with your next 100 wins! 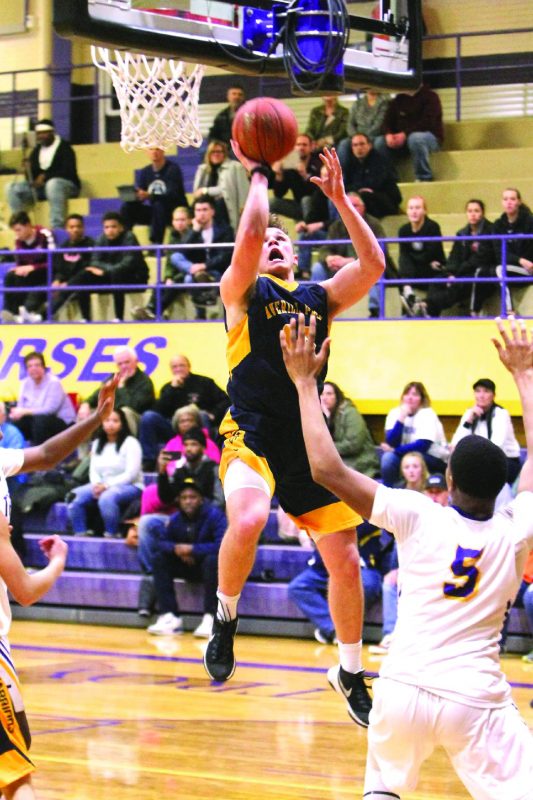 Averill Park Senior Jake Bornt gets in close for 2 points at Troy HS last Tuesday.  Jake had 6 points on the night, but it wasn’t enough to stop the undefeated Flying Horses. Troy wins the fast and physical matchup 54-44.