It was an exciting week full of victories for Averill Park sports. Girls’ basketball picked up two big wins over Schenectady on 1/8 and Columbia on 1/11. Kelsey Wood and Anna Jankovic scored 19 points apiece in the Warriors 89-55 win over Schenectady. Wood scored 13 more and EmmaLee Morgan added 15 as AP improved to 11-2 with a 61-30 victory over Columbia.

The Capital District Jets fell to Bethlehem 8-3 on 1/11. Columbia junior and former AP student John Ely scored, and AP senior Tristan Shelhamer tallied two assists in the loss. On 1/12, the Jets fell to Adirondack 5-0. Up next for the Jets is Niskayuna/Schenectady on 1/18.

The boys’ bowling team won the Saugerties Invitational on 1/6. Parker Brown led the team with a high series of 661. On 1/7, AP defeated Schenectady 22-10. Joe Keller bowled a high series of 619 in the victory. The Warriors fell to Columbia 29-3 on 1/10; and to close out the week, AP finished 11th at the Ralph DeStefano tournament in Fishkill on 1/12. Parker Brown finished in 8th place individually at the tournament.

Girls’ bowling took third place at the Saugerties Invitational on 1/6 with Stephanie Mangene leading the team scoring a high single of 235. On 1/7, they fell short of Schenectady 18-14. Lindsey Van Alstyne bowled a high series of 459 and high single of 194 in the loss. AP took on Columbia on 1/10 and were defeated 27-5. VanAlstyne led the team again with a high series of 514 in the defeat. On 1/12, the Warriors placed 12th at the Ralph DeStefano tournament in Fishkill.

AP’s indoor track team competed at Molloy Stanner Games in New York City 1/12. Lydia Ware broke the school record in the 55m dash and placed second with a time of 7.44.

Make sure to come out and support AP in their upcoming events. Go Warriors! 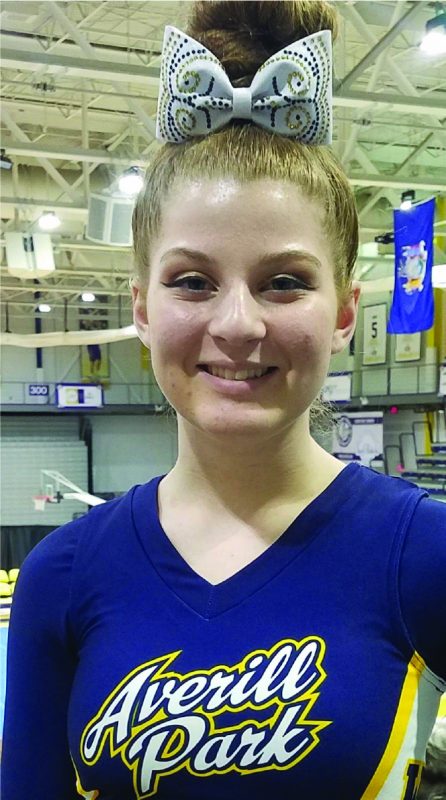 This week’s scholar athlete is Ruthann Flick. Ruthann is a captain on the Varsity Competitive Cheerleading Team, and she participates on the Varsity Outdoor Track team in the Spring. Ruthann has been cheering for six years after she was introduced to the sport through the Averill Park Pop Warner Program. Ruthann’s love for cheer has never wavered through her years in the sport. Her favorite aspect is the teamwork involved; “to succeed you need to communicate effectively with your team and you have to be very aware of your body at all times, which makes us all work better as team because we all have to trust each other in order to do what we do.” In cheer, there is little time during the performance. “When we compete, we only get 2 minutes and 30 seconds to go out there and show the judges what we can do. But if anything goes wrong you don’t have time to fix it.” Ruthann and her team have made great efforts to succeed through their strength and skill trainings in the offseason. This hard work has proven beneficial, as last year they won the Sectional title and moved forward to States. Ruthann has not only seen success in cheer, but also in her academics. Ruthann has held a GPA of 97.4 through high school. Currently, Ruthann is enrolled in the New Visions Scientific Research and World Health program. During this college level program, students “cover biology, public health, and literature through a scientific lens.” Not only is Ruthann a part of this program, she returns to Averill Park each day to take French 5 and participate as a teacher’s aide in biology. Ruthann’s efforts in school were recognized when she was inducted into the National Honor Society earlier this year. Ruthann was also recognized as a first team scholar through the Pop Warner national scholar program. This means Ruthann was in the top 1% of all participants in her age group across the country.

Ruthann does not only attribute her success to her own efforts. She says, “my family, my teachers, my coaches and my team all contribute to my diligent work ethic.”

In the future, Ruthann plans to attend a four-year university to major in neuroscience.

We all wish Ruthann the best, as she ends her high school career and enters the collegiate level. 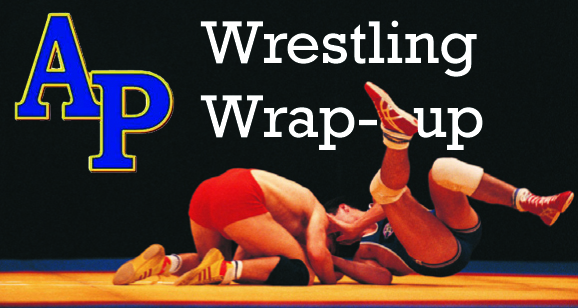 The Averill Park Wrestling team crossed the border into Vermont for the Mount Anthony Tournament.  Here they sharpened their skills against some tough competition from around the Northeast, including New Hampshire, Connecticut and Massachusetts. As a team, the Warriors finished an impressive third out of the 13 team field. Averill Park was led by Nik Koch, who was an individual champion, as well as Sean Malenfant and Mason Lumbra, who finished in second. Also reaching the podium were Nate Fischer, Abe Ethridge, Andrew Lee, Cameron Groff and Alex Cooper.

Additionally, the team had two key divisional matchups.  While the Warriors were able to cruise to a shutout victory over Schenectady, they took a tough home loss versus Ballston Spa.  Xavier Graham was victorious in both his matches. The Ballston Spa Dual was highlighted by reigning sectional champion Nik Koch bumping up in weight to challenge and defeat a two-time sectional champion in a classic thriller.

The last home dual of the season is on Thursday, January 24th, at 6 PM versus Columbia. We hope to see you there! 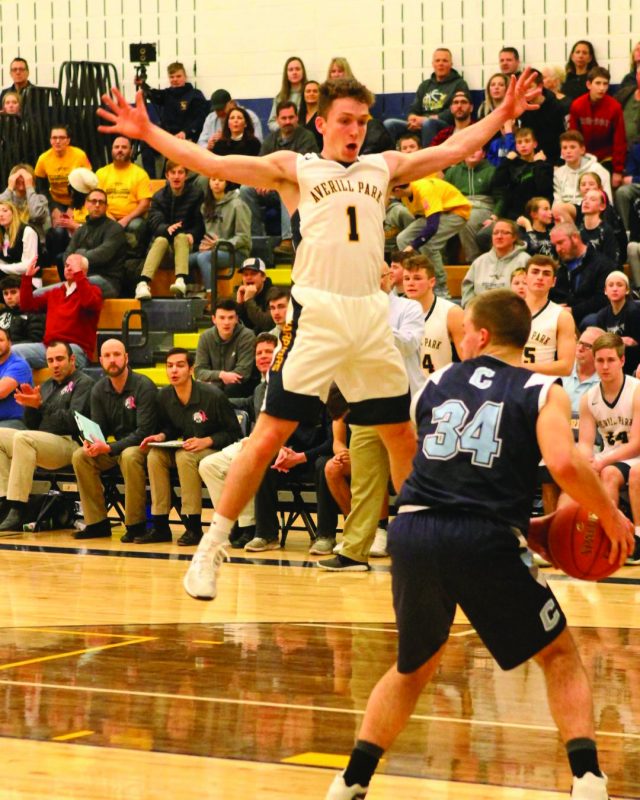